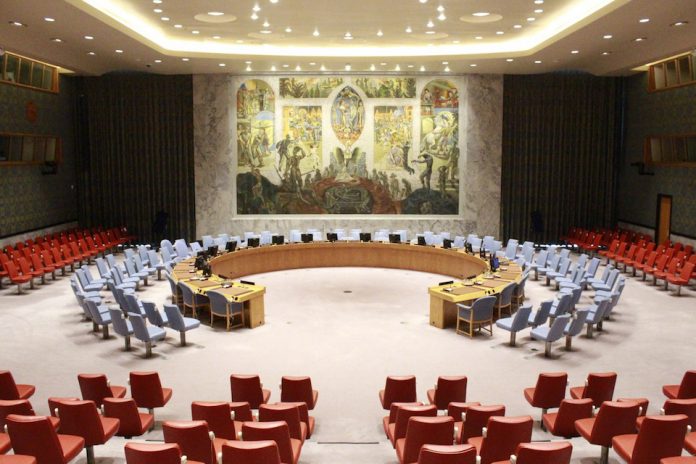 The UK remains resolutely committed to the JCPoA. We have frequently stated our unequivocal regret and concern at the US decision to leave the agreement and to re-impose sanctions on Iran. We understand the continued impact this has had in Iran and on the Iranian people. The Joint Statement by the JCPOA’s remaining participants at yesterday’s Ministerial Joint Commission meeting is the most recent expression of our commitment.

Since May 2018, we have worked tirelessly to preserve the JCPoA and have fully upheld our commitments. We have taken on the role of co-chair of the Arak Modernisation Project in order to bring about a proliferation-resistant facility, and we have developed INSTEX, which is ready to play an important role supporting legitimate trade with Iran. Recent Iranian criticism of the E3’s approach is therefore regrettable.

It is also to our deep regret that since 2019, Iran has taken nuclear measures contrary to its JCPoA commitments. As the Secretary-General’s report notes, the IAEA has confirmed that Iran has continued to install cascades of IR-2M centrifuges at Natanz and to expand its uranium enrichment programme and stockpile beyond the limits of the JCPoA. These actions seriously undermine the non-proliferation benefits of the agreement.

Along with our French and German colleagues, we are also deeply worried by Iran’s recent announcement that it intends to install three cascades of advanced centrifuges at Natanz, and at the recent law passed by the Iranian Parliament, which – if implemented – would substantially expand Iran’s nuclear programme and limit IAEA monitoring access. These measures would be incompatible with the JCPoA and Iran’s wider nuclear commitments.

I would like to take the opportunity to welcome the Secretary-General’s recognition in his report of the vital role of the IAEA, whose monitoring and verification is essential to securing international confidence in the peaceful nature of Iran’s nuclear programme.

Mr President, while recognising Iran has not conducted any test launches in the reporting period, we remain concerned by Iran’s development of advanced ballistic missile technologies. We note Iran’s announcements in August of two new ballistic missile systems, and in November of a missile system capable of multiple launches located in an underground facility.

The 2231 Secretariat has an important and ongoing role monitoring and reporting on the restrictions on Iran’s ballistic missile programme that remain in place under Annex B of resolution 2231. The UK therefore opposes any proposal in the 5th Committee that aims to reduce the 2231 budget beyond that recommended by the Secretary-General.

This year has seen a continuation of Iran’s destabilising activity around the Middle East. We are concerned by the Secretariat’s findings on imagery of four anti-tank guided missiles in Libya, one of which has been found to be consistent with weaponry manufactured in Iran.

There is also broader evidence of continued Iranian transfer of missiles to armed groups, including the Houthis in Yemen, in violation of several UNSC resolutions, including UNSC resolutions 2216 and 1540. Such proliferation is destabilising for the region and escalates already high tensions; it should stop.

The circumstances of Iranian nuclear scientist Mohsen Fakhrizadeh’s death remain unclear. To date no State or non-State actors have claimed responsibility, but the UK has repeatedly and consistently condemned extrajudicial killings whenever and wherever they take place. Iran is no exception to this.

I would like to conclude by reiterating our concern at current tensions across the region. Escalation would be in no one’s interest. We once again welcome agreement of a Joint Statement by the JCPOA’s remaining participants at yesterday’s Ministerial Joint Commission meeting.

We hope next year will see the US re-join the JCPOA and Iran return to compliance with the agreement. A return to diplomacy represents the best means of bringing greater security to the region, upholding the nuclear non-proliferation regime and preventing Iran from developing a nuclear weapon.

Finally, Mr President, although I am recently arrived and the newest member of the Security Council, may I take the opportunity to thank all colleagues for their warm welcome and join those paying tribute to our departing colleagues from Belgium, South Africa, the Dominican Republic, Germany and Indonesia. As Shakespeare says, “Parting is such sweet sorrow.” I look forward to continuing to work with all of you.