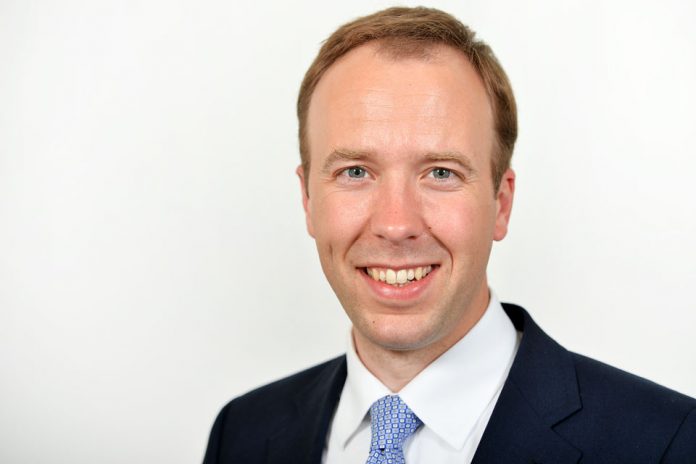 Yesterday, we conducted the latest formal review of tier allocations across England. The allocations and a detailed rationale can be found below.

The new variant means that most of the country is now in Tier 4 and almost all of the country in Tiers 3 and 4. This is absolutely necessary. Where we still can give places greater freedoms, we will continue to do so.

As set out in the COVID-19 Winter Plan, there are 5 indicators which guide our decisions for any given area, alongside consideration of ‘human geographies’ like travel patterns.

These are not easy decisions, but they have been made according to the best clinical advice, and the best possible data from the JBC.

The regulations will require the government to review the allocations at least every 14 days. We will also take urgent action when the data suggests it is required.

We will also deposit a comprehensive list and the data packs used to inform these decisions in the Libraries of both Houses.

These changes will apply from Thursday 31 December 2020. This list has also been published on GOV.UK and a postcode checker will be available for the public to check what rules apply in their local area.

A novel variant of SARS-CoV-2 is circulating in England. The strain shows increased transmissibility. There is currently no evidence that the variant is more likely to cause severe disease or mortality, but investigations continue. The majority of the cases identified in London, the South East and the East of England are of the novel strain. Spread is increasing in the South West, Midlands and parts of the North West.

The evidence shows that infection rates in geographical areas where this particular variant has been circulating have increased faster than expected, and the modelling evidence has demonstrated that this variant has a higher transmission rate than other variants in current circulation. Speed of case rate growth is closely correlated with presence of the new variant.

In London the case rate in all ages and in people aged 60 and over continues to increase across all local authorities.

Across the region case rates range from 182 per 100,000 in East Suffolk to 1510 per 100,000 in Brentwood. Across the East of England NHS STPs (Norfolk and Waveney STP, Cambridge and Peterborough STP, Hertfordshire and West Essex STP, Mid and South Essex STP, Bedford, Luton and Milton Keynes STP and Suffolk and North East Essex STP), the number of daily COVID hospital admissions is rising, with Hertfordshire and West Essex STP and Mid and South Essex STP in a critical position.

The daily COVID bed occupancy has now risen to, or above, the national acute hospital average (apart from Cambridge and Peterborough STP which is still below national average) and continues to rise. The proportion of critical care beds or beds with mechanical ventilation occupied by COVID patients has risen sharply. The COVID demand on local NHS hospitals remains high, and has been increasing steeply and shows fewsigns of reducing.

For the 2 critical STPs (Hertfordshire and West Essex STP and Mid and South Essex STP), the daily COVID bed occupancy is at critical levels, has risen well above the national acute hospital average in the last 7 days and continues to rise steeply. Overall, the picture remains very concerning and warrants all areas of the East of England remaining in Tier 4.

The South East has the third highest case rate of the 9 regions of England; and the situation has continued to deteriorate across the majority of the region. Case rates have continued to increase in all ages (up by 36% to 476 per 100,000 per week) and in people aged 60 and over (up by 40% to 294 per 100,000 per week). Seven local authorities have seen case rates increase by over 100% in the last week (Eastleigh, Chichester, Worthing, Southampton, Adur, Horsham and Windsor and Maidenhead). Across the South East NHS STPs (Hampshire and Isle of Wight STP, Sussex STP, Frimley STP, Buckinghamshire STP, Oxfordshire and Berkshire West STP, Kent and Medway STP, Surrey Heartlands STP) the number of daily COVID hospital admissions and bed occupancy continue to rise.

In Kent and Medway STP the daily COVID bed occupancy is above the national acute hospital average and continues to rise, with the proportion of critical care beds or beds with mechanical ventilation occupied by COVID patients remaining high and has shown no signs of reducing in the last 10 days. In Surrey Heartlands STP additional ICU capacity in Ashford and St Peters has been opened and support has been provided to the Kent system. Overall, the picture remains very concerning and warrants the South East remaining in Tier 4.

Only areas which are being escalated to a higher Tier appear in the tables below.

Yorkshire and the Humber