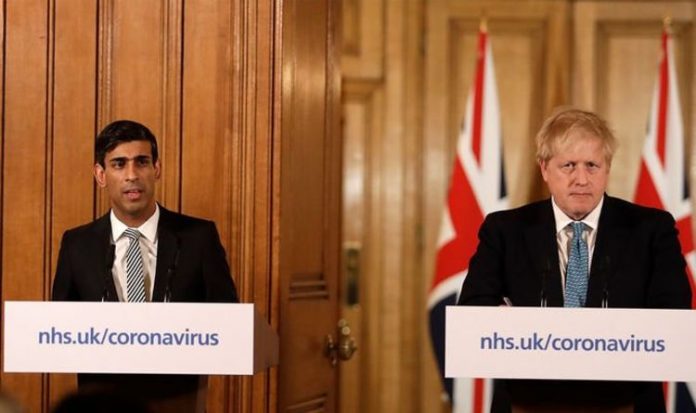 The Chancellor has faced backlash from within the Conservative Party over his plans for a £30billion tax grab to kickstart an economic recovery. Senior Tories warned that the plan would hurt, not help, the UK’s efforts to bounce back from a crippling recession. The Chancellor is said to be considering a huge fiscal raid in this autumn’s Budget to plug the gaping hole in public finances after record spending on coronavirus. The policies are reportedly poised to target middle classes and wealthier people with increased taxes.

One Cabinet minister warned Mr Sunak could face a revolt if he presses on with the proposals.

The minister said: “Tax rises of this sort would be the worst possible economic policy to adopt right now.

“It would guarantee a much deeper recession. Large parts of the economy are still fragile – we need to nurture it, not throttle it.”

While many Conservatives resist the idea of tax hikes, Robert Palmer of Tax Justice UK warned that it may be the only way to pay for public spending throughout the pandemic.

He highlighted that Mr Sunak and Mr Johnson may also have already tied themselves to the promise.

The Conservative manifesto said in December’s election: “We need to limit the arbitrary tax advantages of the richest individuals in our society.”

But polling by Tax Justice UK revealed “a country fed up with cuts, tax avoidance and the type of clever accounting loopholes open to big companies and wealthy individuals,” Mr Palmer said.

He added that the best way to recover from the pandemic was to spend money, not save.

Mr Palmer argued that investment into public services while taxing the wealthiest to pay for it will help tackle inequality.

She argued that the tax paid by the rich was a smaller part of their income proportionally than the poor, and for the best-off people a noticeable proportion of their money coming in is derived from wealth.

She continued: “I think we do need to have that new settlement and actually much of the opinion data has indicated that has a lot of support among the UK population as well.”