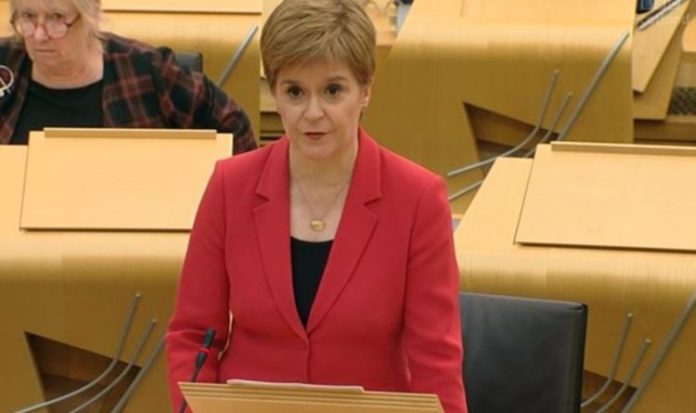 First Minister Nicola Sturgeon attempted to defend her push for independence despite there being other crucial issues in Scotland. Scottish Conservative leader Ruth Davidson made a dig at Ms Sturgeon after the First Minister claimed she wanted an independent Scotland referendum because she respected and loved democracy. Ms Sturgeon said: “Fundamentally I believe in democracy.

“I think we now know that Ruth Davidson doesn’t.”

Ms Davidson sharply replied: “It seems Nicola Sturgeon doesn’t believe in democracy when she doesn’t like the answer.”