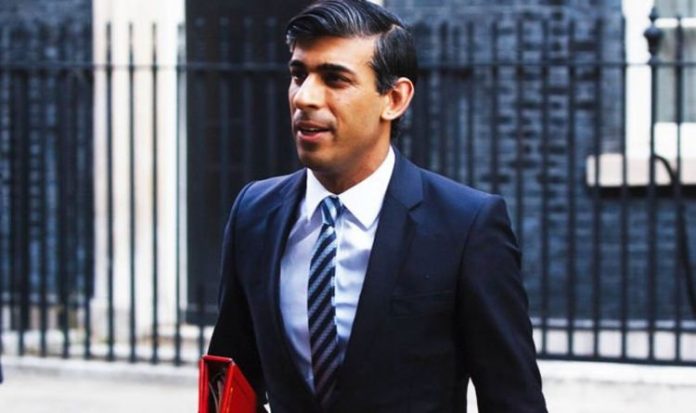 Rishi Sunak will make an announcement later today as the Government seeks to further its support for businesses and workers hit hard by the coronavirus pandemic. The Chancellor was due to unveil his autumn budget – but instead will launch what is being called a “Winter Economy Plan”. Mr Sunak made the unusual move because he believes “now is not the right time to outline long-term plans and people want to see us focused on the here and now”.

A Treasury source said: “No-one wanted to be in this situation but we need to respond to it. The chancellor has shown he has been creative in the past and we hope that people will trust us to continue in that vein.

“Giving people reassurance and businesses the help they need to get through this is uppermost in his mind.”

The package to be launched today is expected to contain a wages subsidy scheme in the style of Germany to plump up the wages of people returning to work on a part time basis after furlough.

The plan will also likely see loans for businesses extended, and may also include a VAT cut.

READ MORE: Coronavirus and economy: Bosses’ plea to save businesses

Rishi Sunak is expected to give an announcement today to unveil a multibillion-pound package of support for the economy this winter.

The announcement is due to be made in the House of Commons at 12.30pm.

You can watch all the action on Sky News, BBC News and Parliament TV.

The announcement comes after Prime Minister Boris Johnsons came under pressure from MPs this week to act quickly to help businesses hit hardest by the lockdown restrictions.

Labour leader Sir Keir Starmer said the threat to employment was “not theoretical” after a host of major firms have announced job cuts in recent weeks and months – most recently Whitbrea unveiling job losses of up to 6,000 in the UK.

The Labour leader said: “The CBI, the TUC, the Federation of Small Business, the British Chamber of Commerce and the Governor of the Bank of England are all calling on the PM to stop and rethink and don’t withdraw furlough.

“We have been saying it for months. When is thePrime Minister finally going to act?”

What can we expect in Rishi Sunak’s announcement?

Mr Johnson said the Chancellor was working on “creative and imaginative” solutions for the Winter Economy plan to be unveiled today.

The Treasury has declined to comment on what may feature in today’s annoucnement, but possible ideas are thought to include a wage sibsidiy scheme to get furloughed staff back to work part time.

Germany’s Kurzarbeit scheme could be the inspiration for such a plan. This sees an employer cut workers’ hours while the government pays them a percentage of the money they would have lost as a result.

The scheme has been running in Germany for a while but has been revised during the pandemic and now runs for up to 21 months, with the Governmnet paying up to 80 percent of a worker’s wages.

France, too, has a similar scheme called “chômage partiel” – or in English, “partial unemployment” or “partial activity”.

This scheme sees firms cut employees’ hours by up to 40 percent for a period of up to three years.

However, employees still receive nearly all their normal salary as the Government tops up the wages.