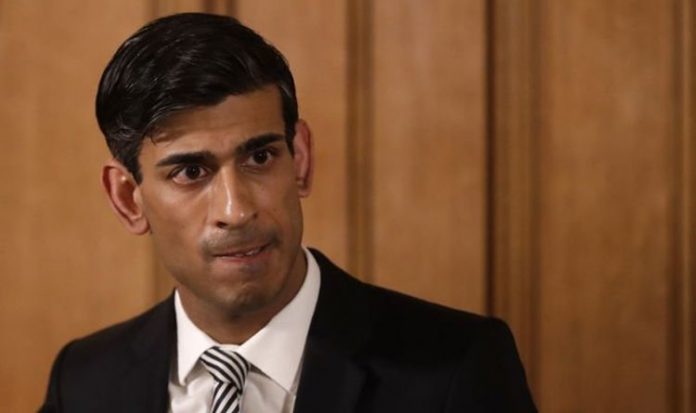 The economy is forecast to still be four percent small than before the pandemic in five years time. Chancellor Rishi Sunak has been warned he will have to raise taxes by £40billion a year by 2025 in order to balance the books.

This figure marks the highest level in peacetime for more than three centuries.

Back in March, the Office for Budget Responsibility forecast the country would borrow around £55billion.

According to the IFS, around two-thirds of the increase is owing to extra spending during the coronavirus pandemic.

It added that with borrowing costs low, “additional spending now that helped to deliver a more complete recovery would almost certainly be worth doing”.

However, the think-tank forecast the public sector net debt is likely to be close to 100 percent of national income or as much as 130 percent in a worst-case scenario.

“A safer bet would probably be to say that this Conservative Government will never balance the books and I wouldn’t advise… that they try any time soon.”

Christian Schulz, chief economist at Citi – whose forecasts underpin the IFS fiscal projections – warned not to mistake a rebound in economic activity for a recovery.

He warned the UK output is likely to remain seven to 10 percent below pre-pandemic levels at the end of the year.

When the country went into lockdown back in March, the Chancellor launched the furlough scheme to help those unable to get to work due to lockdown restrictions.

The original scheme – which saw the government pay up to 80 percent of an employee’s salary – ended in August.

But as areas across England have been forced to go back into similar lockdown restrictions, the government have announced a second Job Support Scheme.

The new furlough scheme will support two-thirds of a person’s salary despite the fact it may fall below the minimum living wage.

Mr Sunak said: “I have always said that we will do whatever is necessary to protect jobs and livelihoods as the situation evolves.

“The expansion of the Job Support Scheme will provide a safety net for businesses across the UK who are required to temporarily close their doors, giving them the right support at the right time.”

However, the IFS warned the new scheme would not be profitable enough for employers to preserve jobs.

Back in August, Mr Sunak warned “hard times are here” as the UK economy crumbled into the worst ever recession.

This marked the first time in 11 years the UK entered into a recession.

GDP figures released by the Office for National Statistics (ONS) at the time showed that GDP fell by 20.4 per cent between April to June.