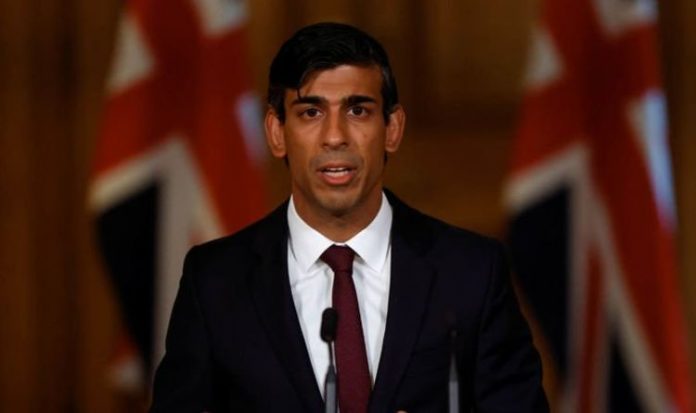 The Chancellor will announce cash for the new points-based system in his spending review on Wednesday. Some of the funding will also be used on toughening up security at ports and airports. Mr Sunak said: “We will soon take back control of our borders and it is right that we have a fair and skills-led approach to migration that works for the whole of the UK. “With hundreds of millions of extra funding to boost our borders and immigration system, we’ll keep Britain open and innovative, and attract the skilled workers we need to spur on our recovery.”

The new points-based system will prioritise skills over nationality with job offers, earnings and language skills all taken into account.

As well as funding the reforms, some of the money will be used to make it easier for businesses and universities to attract talent.

Increased automation at borders, including better use of biometrics – ways of identifying individuals through physical characteristics – is also planned.

Mr Sunak will this week insist the pandemic will not blow the Government off course in its plans to deliver outstanding public services.

The Chancellor will confirm funding to hire 50,000 nurses, the next wave of police recruits and creating 50 million extra GP appointments.

Schools spending will increase by £2.2billion to £49.8billion next year.

Around £4 billion will be earmarked for 18,000 extra prison places across England and Wales over the next four years.

A £3 billion package to support the NHS in recovering from the pandemic will be announced, with £1 billion to address backlogs by catching up on checks, scans and operations delayed by Covid-19.

Mr Sunak insisted the nation will not see a return to austerity as he deals with the impact of the pandemic on public finances.

But he indicated that public sector workers will face a wage freeze, saying it is fair to look at what is happening in the wider economy when salaries are set.

The Chancellor insisted he has concerns about the need to tackle the soaring scale of borrowing, but said “there’s an appropriate time” to address it.

He said: “This has been a tough year for us all. But we won’t let it get in the way of delivering on our promises – the British people deserve outstanding public services, and we remain committed to delivering their priorities as we put our public services at the heart of our economic renewal.”

Frances O’Grady, general secretary of the TUC, warned: “We saw ministers join millions of us clapping firefighters, refuse collectors, social care workers – I don’t think this would be the time to reward them with a real pay cut.

“If you want to motivate a workforce when we are still facing a second wave of a pandemic, the last thing you do is threaten to cut their pay.”