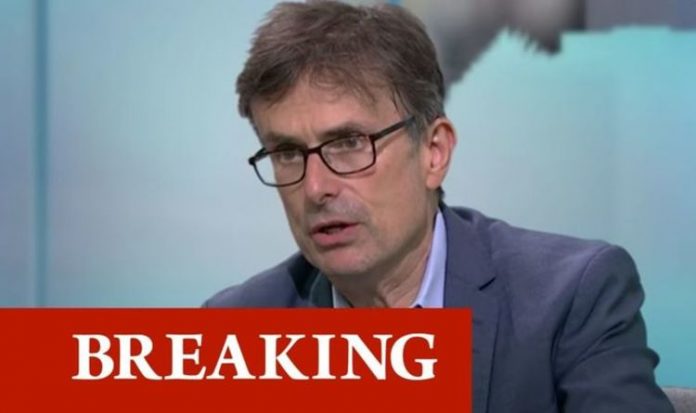 Britain’s chief health and science officials have confirmed the new strain is more contagious but have previously insisted there is no evidence it is more lethal or caused more serious illness. But Mr Peston said the Government’s New and Emerging Respiratory Virus Threats Advisory Group (Nervtag) had now concluded it “may be a bit more lethal than the existing strain”.

He tweeted: “Why the risk of Covid-19 mutations mean we face at least six gruelling months.”

Mr Peston cited a statement from Imperial College’s Professor Neil Ferguson, a Nervtag member, as saying: “It is a realistic possibility that the new UK variant increases the risk of death, but there is considerable remaining uncertainty.”

The statement cited by Mr Peston set out a 1.3-fold increased risk of death with the variant but also highlighted that only some types of testing could specify which variant of the virus a patient had contracted.

READ  Local lockdowns: 10 biggest questions about what you can and cannot do answered | UK | News (Reports)

He quoted Prof Ferguson as saying: “Four groups – Imperial, LSHTM, PHE and Exeter – have looked at the relationship between people testing positive for the variant vs old strains and the risk of death – that suggests a 1.3-fold increased risk of death.

“The big caveat is that we only know which strain people were infected with for about 8 percent of deaths.”

Boris Johnson later confirmed there is “some evidence” to suggest the new Covid-19 variant is associated with “a higher degree of mortality”.