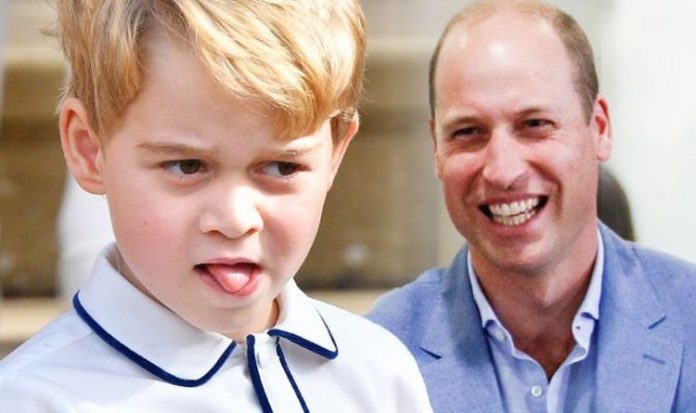 Prince George and his dad Prince William have a big reason to celebrate this week after an unprecedented week in the Premier League. On Sunday, Aston Villa beat Liverpool 7-2 in a match which toppled the former’s current Premier League run.

The Duke of Cambridge has long been an Aston Villa fan, and the team are celebrating its stunning win over defending champions, Liverpool.

Prince William took to the Kensington Palace Twitter account to show his glee at the big win, retweeting Aston Villa’s post which read: “A night to remember at Villa Park!”

The Duke of Cambridge has also passed his love of the Birmingham Club on to his eldest son Prince George, who is also a big Aston Villa fan.

The win comes almost a year to the day Prince George attended his first Aston Villa match on October 5, 2019.

The prince attended the match with his Dad and his Mum, the Duchess of Cambridge.

Prince William has been spotted at numerous matches over the years and has also spoken about his support for the club.

The Prince previously told the BBC he decided to support the team because he wanted to be different to his friends who followed the likes of Manchester United and Chelsea.

“It was the atmosphere, the camaraderie and I really felt that there was something I could connect with.”

Prince William has long been an avid football fan, with many of his charitable enterprises and patronages to do with the game, including much of his work on mental health.

The Cambridge family are currently back in their London home at Kensington Palace after spending lockdown in their country residence, Anmer Hall, in Norfolk.