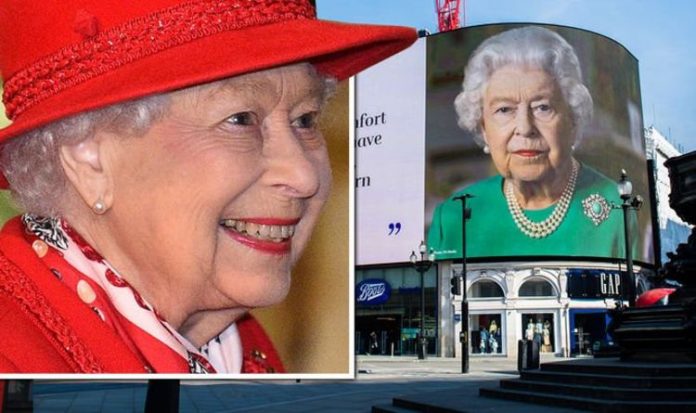 The Royal Family have remained busy throughout the coronavirus pandemic, carrying out dozens of royal engagements both virtually and in person. Express.co.uk quizzed royal expert Richard Fitzwilliams on who he thought has particularly stood out this year, and he made no hesitation in selecting Her Majesty The Queen.

Mr Fitzwilliams heavily praised the Royal Family for continuing to carry out their duties during the coronavirus crisis and he particularly commended the Queen for carrying out two national broadcasts.

The expert told this website: “The one on the pandemic itself and looking back when she was based at Windsor during the war.

“As after all this is the worst crisis to hit the country since the war.

“And then on VE day when she was personally there.

“I think there is no doubt at all that conducting business virtually, and occasionally as we have seen in person, I think that she has done wonderfully well.”

The Queen’s first address was delivered on April 5, where the monarch thanked people for following government rules to stay at home and praised those “coming together to help others”.

Speaking from Windsor Castle, where she has spent much of the year isolating with Prince Philip, the Queen said: “While we have faced challenges before, this one is different.

“This time we join with all nations across the globe in a common endeavour, using the great advances of science and our instinctive compassion to heal.

In the broadcast, she said: “Today it may seem hard that we cannot mark this special anniversary as we would wish.

“Instead we remember from our homes and from our doorsteps.”

Mr Fitzwilliams went on to praise the entire family for keeping sprits up during such an “unprecedented year”.

He said: “The nation obviously has had a dreadfully difficult year, it has been an unprecedented year.

“I think the royals have done remarkably well in the way they have boosted morale.

“They have obviously acted on Government advice both virtually and in person.”