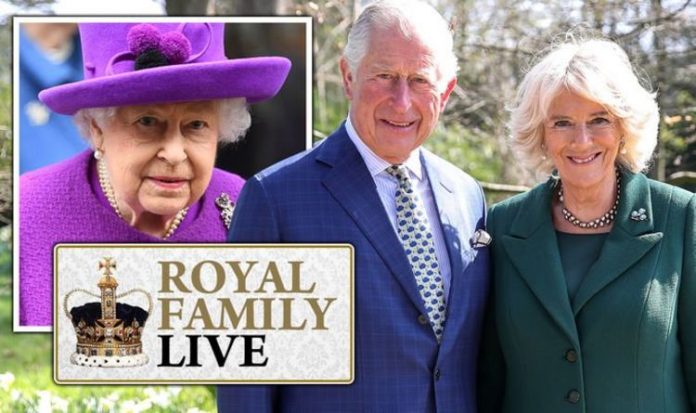 Charles, 72, is next-in-line to the throne and has been the heir apparent since he was just three-years-old. Charles’ historic time as king-in-waiting has not been plain sailing, in part due to his infamous love triangle involving the late Princess Diana and his now-wife Camilla, 73.

More than 20 years on from Diana’s death, the Princess of Wales still holds a special place in the heart of the nation and many people still cannot come to terms with Camilla taking her place in the Royal Family.

Charles and Camilla suffered a huge public backlash in the wake of the death of Diana in 1997 and again eight years later when the pair finally got married.

Interest in the complex relationship between Charles, Diana and Camilla has recently soared following the success of the Netflix original show The Crown.

The serialised drama covers the Royal Family through their most turbulent decade of the 1990s and has reignited debate amongst fans of the royals.

In a series of posts on Twitter, a number of royal fans have hit out at the idea of Camilla one day becoming Queen and have urged Charles to stand aside for his son Prince William to take over.

One user said: “Princess Diana would be so sad to see her boys in a tiff. As for Camilla… ughhh she should not be living happily nor Charles! She better not be queen! She will never in a million years measure up to Princess Diana. HRH Princess Diana forever.”

Another user said: “Queen Camilla don’t even sound right. Lord just let William take the crown before his daddy. Spare the world from the reign of King Charles.”

On the prospect of Queen Camilla, a third added: “It would be disrespectful to Prince Harry and Prince William as well as all of Princess Diana’s grandchildren. Please respect her.”

When Charles and Camilla tied the knot in 2005, it was confirmed she would become Princess Consort when Charles becomes monarch rather than Queen Consort.

Camilla has also never used the title of Princess of Wales, despite being able to, and has instead become known as the Duchess of Cornwall.

Earlier this year Clarence House reiterated there had been no changes to her title.

A statement said: “The intention is for the Duchess to be known as Princess Consort when the Prince accedes to the throne.