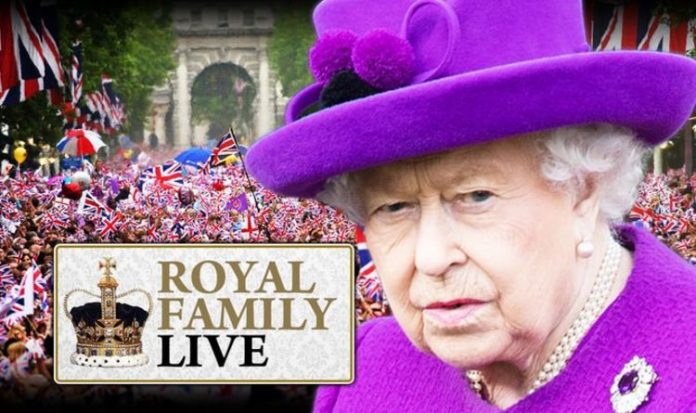 Culture Secretary Oliver Dowden announced yesterday Britons will mark Her Majesty’s 70 years on the throne in June 2022 with an array of public events. This includes an extra couple of days off for workers, along with a jubilee medal being awarded to those in public services. The Royal Family wrote on Twitter yesterday: “A four-day Bank Holiday weekend to mark The Queen’s Platinum (70th) Jubilee has been announced for June 2022.

“Further plans to mark the occasion will be announced in due course.”

But the announcement provoked anger among SNP supporters, who hope Scotland will be an “independent republic” by then – despite no plans being in the pipeline for another independence referendum.

One Twitter user said: “Don’t plan for Scotland joining in, every chance we will be an independent republic by then.”

Another Twitter user said: “Or…how quickly the generation who actually respect these embezzlers die off.

“Then we have a vote, then hopefully we get rid of these parasites.”

Another person sent a warning to the Royal Family, claiming that Scottish people could replace the monarchy if they wanted.

They said: “That may be the case but there will be a vote on it and the monarchy may be sovereign in England but the people are sovereign in Scotland.

“Scots can replace the monarchy when they wish.”

And a fourth person said: “I support HMQ but announcing this in week 50,000 plus dead is insulting and disrespectful.

“I know it is a Government announcement but dreadful optics.”

FOLLOW OUR LIVE UPDATES ON THE ROYAL FAMILY HERE:

7.57am update: Sophie Countess of Wessex gives rare insight into home life as she bakes in luxury kitchen

Sophie, Countess of Wessex, 55, married Prince Edward, Earl of Wessex, in 1999. The couple have two children together, Lady Louise Windsor, and James Viscount Severn. They have lived in their Bagshot Park home since 1999, but what does it look like inside?

The royal couple mainly keep their life quite private, including the children’s but there are some interesting facts about their Bagshot Park mansion.

The property has been a royal residence for around 200 years and it occupies around 51 acres of land.

It isn’t too far from Windsor and is located within the designated area of Windsor Great Park.

This means that it isn’t too far from the extended Royal Family in Windsor, whom they are likely to spend time with.