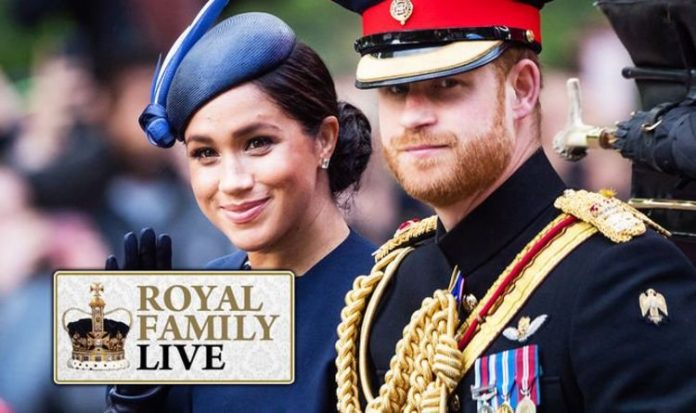 Meghan Markle and Prince Harry are expected to lose their royal patronages when the year-long review of their exit from royal life comes to an end next month. Sources close to the pair acknowledged they reluctantly accepted they would losing their links with organisations passed down through the royal family but were awaiting confirmation from the palace.

One source said “The royal appointments and patronages were never in their gift.

“All they have done is express their commitment to them.

“There is no question that if it was up to them, they would keep them.”

Harry is set to lose his three honorary military appointments, as well as patronages with the Rugby Football Union, Rugby Football League and the London Marathon.

Meghan, who is expecting the couple’s second child, will be told to step down as patron of the National Theatre.

But none of the organisations involved have been informed by Buckingham Palace and fear being “blindsided” when any announcements are made.

As a result, final decisions are likely to be made sooner rather than later with palace insiders suggesting an announcement before the end of March.

The Duke of Edinburgh has spent a third night in hospital for “observation and rest” after being admitted earlier this week after feeling unwell.

Philip was described as being in “good spirits” after he walked unaided into King Edward VII’s hospital in central London on Tuesday evening, on the advice of his doctor.

Buckingham Palace has said the duke’s hospitalisation was a “precautionary measure”.

The duke, who turns 100 on June 10, was admitted for an undisclosed reason, although it is not coronavirus-related.