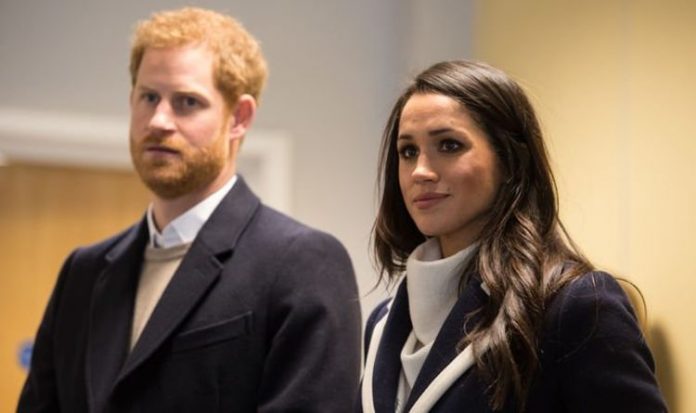 Royal sources say senior members of the Firm were left “blindsided” after the Duke and Duchess of Sussex handed keys to the five-bedroom home in Windsor over to Prince Harry’s pregnant cousin Princess Eugenie and her husband Jack Brooksbank. The Queen was only told after the four came to an agreement despite Harry’s grandmother gifting the pair the £11million Windsor Cottage after their 2017 Royal Wedding, sources say.

A source told : “Senior royals were initially blindsided by the idea for Harry and Meg to let Eugenie and Jack move in.

“But it is very much a deal done between Harry, Meghan, Eugenie and Jack. There is a close bond between them.”

The news Princess Eugenie and Jack Brooksbank have reportedly moved into Grade II listed Frogmore Cottage has been dubbed a “strong sign” Meghan and Harry have no plans to return to the UK from the US, where they are currently living.

But it is understood the Sussexes will retain the residence near Windsor Castle and Eugenie and Mr Brooksbank, who married in 2018, will share the property.

The property underwent major work to turn five properties back into a single home for the duke, duchess and their baby son Archie – with all fittings and fixtures privately paid for by the couple.

Meghan and Harry quit as senior working royals in March, repaying the £2.4 million of taxpayers’ money spent on the cottage which was a present from Harry’s grandmother the Queen.

The couple were able to afford the repayment after signing a lucrative Netflix deal rumoured to be worth more than £100 million and currently pay commercial rent on the Berkshire property.

A Buckingham Palace spokesman said: “Frogmore Cottage is the private residence of the Duke and Duchess of Sussex and as such any arrangements are a matter for them.”

READ MORE: Prince Harry will ‘insist’ The Crown STOPS before Megxit is shown