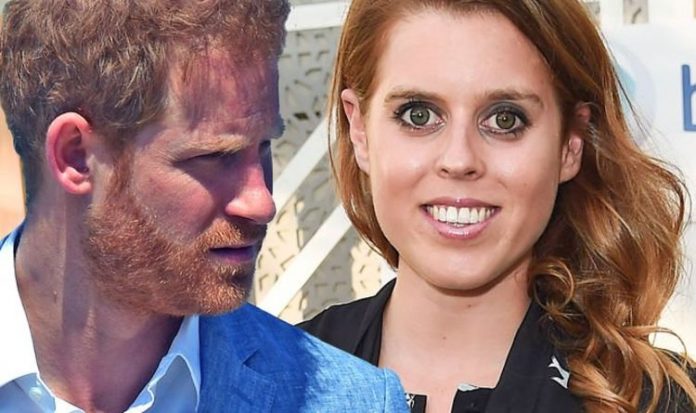 Royal commentator Marlene Koenig insisted Prince Harry residing in the US made him unable to still be a part of the Privy Council. During an interview with Express.co.uk, Ms Koenig discussed the royal most likely to replace Prince Harry. She insisted it would likely be Princess Beatrice who would join, Prince William, Camilla, the Duchess of Cornwall and Prince Charles in the Privy Council.

Ms Koenig said: “Because Prince Harry lives in the United States he can’t be a member of the Privy Council.

“So if he is officially established as having US residency, Princess Beatrice moves up one, for councillors of state.

“For the regent, Prince Harry would not be able to be regent if anything happened to Charles and William before George reached maturity, previously Harry would be the regent.

“But because he lives in the US he can’t and they have to think hard about that.

DON’T MISS: ‘Meghan won’t dare come back to London’ as atmosphere too much for her

“They have to think hard because who is the next adult royal in line, oops it is Uncle Andrew.

“Andrew would stay in his councillor estate and then the next adult royal in line would be Beatrice.

“She doesn’t move ahead of her father but she would move into the position of the councillor of state if Harry falls off because he lives in the US.”

Ms Koenig also discussed what is next for Prince Harry as he goes forward with his life in America with Meghan Markle.

“He didn’t use His Royal Highness Prince Edward, he used Edward Windsor.

“There is a lot of precedent for using just the geographic part of your title for your professional name.

“That would solve a lot of problems, that would be the perfect way out.”