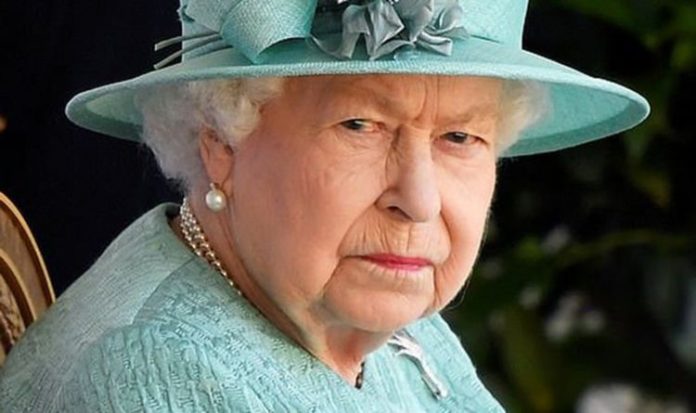 Buckingham Palace officials were left stunned by Prince Harry and Meghan Markle’s decision to carry out an interview with Oprah Winfrey without consulting the Queen. The Queen was “blindsided” by the Sussexes’ plan to interview with US talkshow host, according to close sources. Russell Myers, royal correspondent for The Mirror, said that Royal Family members found out about the bombshell interview on social media.

He said that Meghan will be “spilling some rather uncomfortable beans” about the royals because Oprah Winfrey is keen for the interview to become a “global success”.

Mr Myers said that Palace officials were “absolutely dumbfounded” by the news.

LBC host Andrew Pierce said: “The Queen never knew anything about the interview with Oprah Winfrey. The first she found out was when CBS alerted ITV about the news.

“That is pretty extraordinary because it is a pretty major event for the sixth-in-line to the throne to be sat down on prime-time with one of the most famous chat show hosts in the world, if not the most famous, for a large check or endorsement for Meghan’s vegan coffee brand.”

Mr Myers responded: “Everyone found out at the same time, whether it was the journalists or members of the Royal Family, on Twitter.

“That is an absolutely extraordinary turn of events and it shows you how sour the relationship is from Harry and Meghan’s side.

“They didn’t feel they had to tell the Queen, which one would just assume would be common courtesy.

“Certainly people in the Palace were absolutely dumbfounded that it hadn’t happened with everything that has gone on in the last few months.

The tell-all interview has already been recorded over two days in Santa Barbara, where the Duke and Duchess of Sussex live.

It is due to be broadcast in the US on Sunday March 7.

Oprah is a personal friend of the Sussexes’ and attended their wedding in May 2018.

On Friday it was announced Meghan and Harry have been stripped of their remaining royal patronages as “they will not be returning as working members of the Royal Family”.