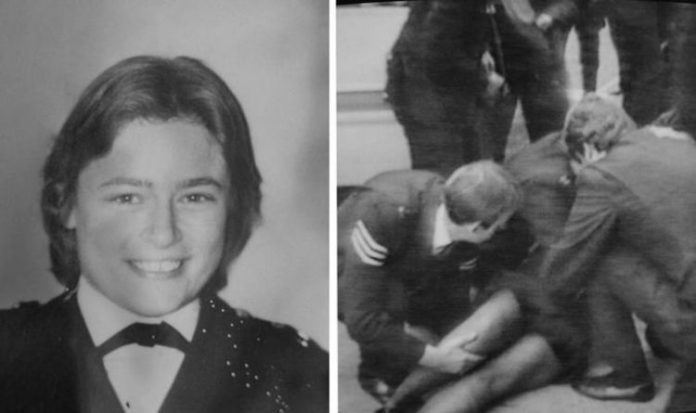 The 25-year-old’s death led to a siege of the embassy and Britain severing diplomatic ties with Libya. Even as she lay mortally wounded her first thoughts were for the welfare of others, the House of Commons will hear this week. Former colonel Bob Stewart, who wrote citations for gallantry in the Army, will make his case during a debate on Tuesday.

He will quote from police officer John Murray’s account of travelling to hospital with WPC Fletcher in an ambulance with injured protesters who were bleeding from their wounds. She had seemed “more concerned about them” than her own injuries and urged them to stay calm.

Mr Stewart, now a Conservative MP, said: “It’s those words, her demeanour, her courage that qualifies her for the George Medal in my view.”

Mr Murray said he is also “100 per cent” behind the bid for her to receive the honour.

He said: “I was with her when she was shot, I was standing next to her. After she was shot the ambulance came so I went in with her.”

He recalls WPC Fletcher assuring wounded Libyans there were people helping them and telling them not to worry.

Then 29, Mr Murray had worked with her for three years before the incident and remembers her popularity with the public.

A Metropolitan Police spokesman said: “It is testament to WPC Fletcher’s legacy that, even though it is approaching 37 years since she was tragically murdered, her memory endures.

“Every April, officers – both serving and retired – return to Yvonne’s memorial stone in St James’s Square on the anniversary of her death to pay their respects and remember her. We will never forget Yvonne’s sacrifice.”

Former policing and Armed Forces minister Sir Mike Penning has called for an inquiry into her killing. He said: “I want the murderer behind bars. It’s what the British public would expect.”