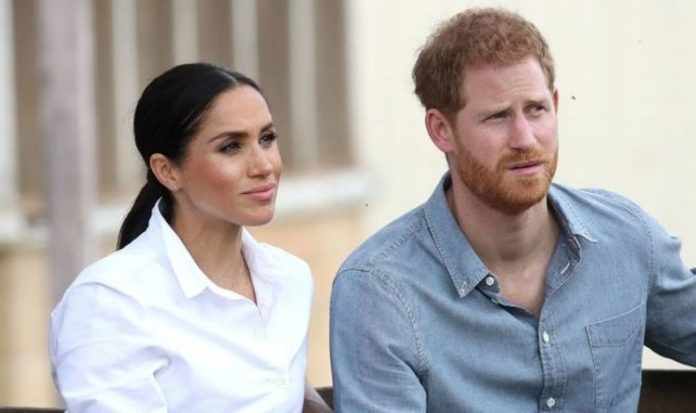 Meghan Markle grew up in Conoga Park, California and a UK commentator has suggested her American roots is why so much of the British public fail to identify with her. British author and journalist Michael Deacon claims Meghan speaks the “curious language” of Californian, which differs greatly to the style Britons are used to.

Writing in a column for the Daily Telegraph, he said: “It’s a curious language, Californian. Essentially, it’s like a hippie version of corporate management-speak: schmaltzy gushing mixed with robotic jargon.

“It’s the language of people who are perpetually boasting about how “humbled” they are. And there appears to be nothing on earth they aren’t ‘passionate’ and ‘excited’ about, or ‘empowered’ and ‘inspired’ by.”

He added: “To her fellow Californians, phrases like these no doubt seem entirely unexceptionable. But to British ears, they’re excruciating. They’re just so… sincere.

“So showily, extravagantly, ostentatiously sincere. To the extent that they barely sound sincere at all.

“Over here, we don’t really trust sincerity – or at least, not the gushing Californian kind.

Mr Deacon said Prince Harry has also started to speak Californian, which he states is evidenced in their recent podcast trailer.

He said: “I’m sure he’s a very nice man. But these days he always seems to be trying so desperately, agonisingly hard to say the right thing.

“Or at least, what he imagines to be the right thing.”