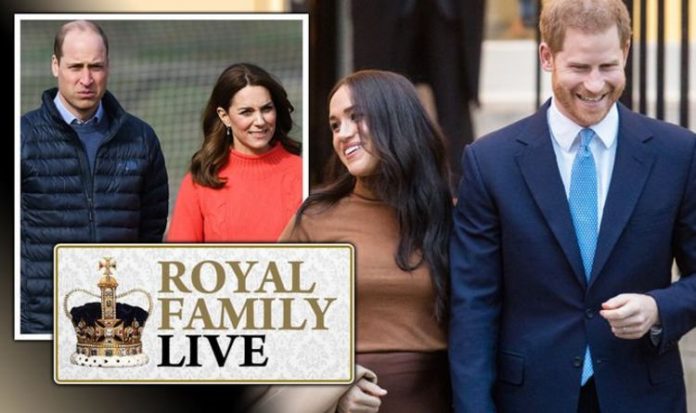 The Duke and Duchess of Sussex have quickly set up a comfortable new life for themselves after their bombshell announcement in March that they were stepping down as senior royals to seek financial independence. They signed a deal to create documentaries, feature films and other shows for Netflix, which is believed to be worth £112 million. They also paid back the £2.4 million they spent from taxpayers’ money to renovate Frogmore Cottage, their first home as a married couple.

Meghan and Harry now live in a home in Montecito, Santa Barbara, said to be worth £11 million, sparking some people to question whether other members of the Royal Family could do the same.

One Twitter user said: “If Harry and Meghan can survive without public funding, why can’t Charles’ siblings?

“Why can’t William and Kate, until he becomes Prince of Wales?

“If the Sussexes survive it’s a problem for the royal narrative.

“If they thrive, it’s an even bigger problem.”

Another said: “The royal family also don’t have jobs, never have and don’t know what it’s like to earn money, yet they are honourable.

“Harry & Meghan are ’embarrassing’ for wanting to earn a living, not only that, earning more than those royalists wanted them to. They hoped for a struggle story.”

The Royal Family suffered a £30 million shortfall in their annual profits this year due to the coronavirus pandemic, prompting concerns from royal watchers that the Government may cut the Sovereign Grant to help repair the UK’s economy.

8.04am update: Harry and Meghan ‘refused’ to tell staff about honeymoon plans

Meghan Markle and and Prince Harry kept the destination of their 2018 honeymoon secret from their own staff according to a royal source.

They claimed only the Queen and Prince William were informed where the couple went.

The new Duke and Duchess of Sussex were said to be rather keen to spend some quiet time together without public intrusion.

It is still not publicly known where Meghan and Harry chose to celebrate their nuptials.

Speaking to a royal insider said: “No one knows where they went, only his brother and the Queen were told at first and a few immediate family members know now.

“The most senior members of the royal household staff still have no idea where they went.

“They were completely frozen out of all plans and preparations.