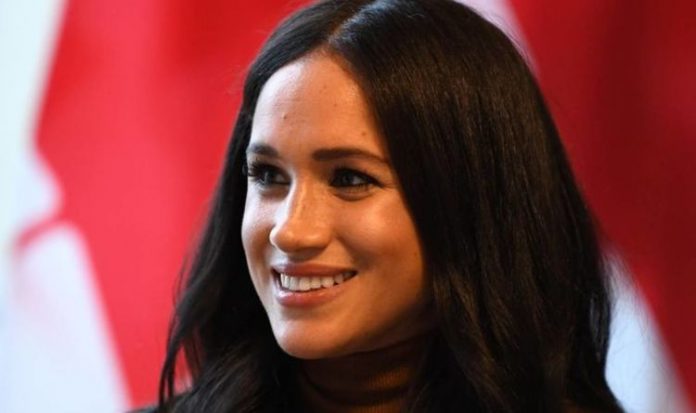 The Duke and Duchess of Sussex have hired Christine Schirmer as their new head of communications. The 42-year-old, who is from New York and has worked with Apple and Pinterest, will lead the couple’s new global PR team and help them launch their Archewell Foundation. But Ms Schirmer already has a connection to Meghan as they both graduated from Northwestern University, in Illinois.

The Duchess studied theatre and international studies from 1999 to 2003, while Ms Shirmer attended between 1996 and 2000 to study journalism.

A source told the Mail on Sunday: “It’s quite possible that she and Christine crossed paths at Northwestern, at the very least the university gives them a shared bond.”

A publicist who knows Ms Schirmer called her the “real deal”.

They said: “She’s widely respected in the industry as one of the best and smartest there is.

“And through her work with Pinterest and other tech companies she is the perfect person to launch a global brand.”

She has worked for the celebrity agency William Morris Endeavor, as well as the New York City education department and the video creation company Deluxe.

Ms Holness and Ms Schirmer will make up the team of PR representatives that also include the Sunshine Sachs agency in the US and James Holt in the UK.

Bruce Durham, psychologist and body language expert, spoke about how the Duchess of Sussex’s choice of footwear was inappropriate for the terrain in the Los Angeles National Cemetery.

He also suggested that the trip meant more to Harry due to his military service, and that Meghan did her best to support her husband during the emotional moment.

The couple have been criticised for hiring a private photographer for the event, which led to some experts decrying the service as a “PR stunt”.

Mr Durham told the Daily Mirror Meghan was making a “huge amount of effort” appearing at the cemetery with Harry due to her thin heels.

“Then switch to the photo of them in the middle of a huge grass field – you know for a fact those heels are going to be causing chaos the moment she steps on the grass so she has killed herself trying to get into that position so far into the field for that shot. (…)

“You simply could not get into the middle of a grass field without those heels going in the turf so as every other woman globally would know – she has put a huge amount of effort in to get that picture – just look at the amount of grass she has covered to get there.”