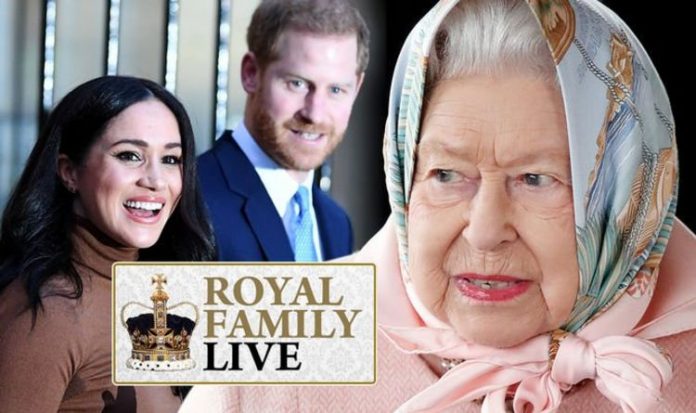 Prince Harry and Meghan Markle are still officially known as the Duke and Duchess of Sussex, despite stepping down as senior royals earlier this year. There have been increasing calls for the couple to be stripped of their titles over the last few months, but an expert has claimed the Sussexes will always keep their royal links.

Celebrity biographer Sean Smith has claimed Meghan and Harry will never lose their royal titles and will return to the UK for official ceremonies.

He told Express.co.uk: “Harry will remain the Duke of Sussex, I don’t think there is any doubt of that.

When asked whether if he thought the couple would keep their Sussex titles, Mr Smith said: “Yes I do. But I don’t think it matters if they don’t.”

Over the last few months calls for the couple to be stripped of their titles have increased, due to their controversial comments and solo visits.

Meghan and Harry sparked outrage when they urged Americans to vote in the US Presidential election and carried out a private visit at a LA cemetery to mark Armistice Day last week.

Several commentators, including GMB presenter Piers Morgan, have said the Queen needs to strip the pair of their Sussex titles.

In March 2021, the Queen will review the terms of Meghan and Harry’s split from the Royal Family.

She could decide to take away their official titles.