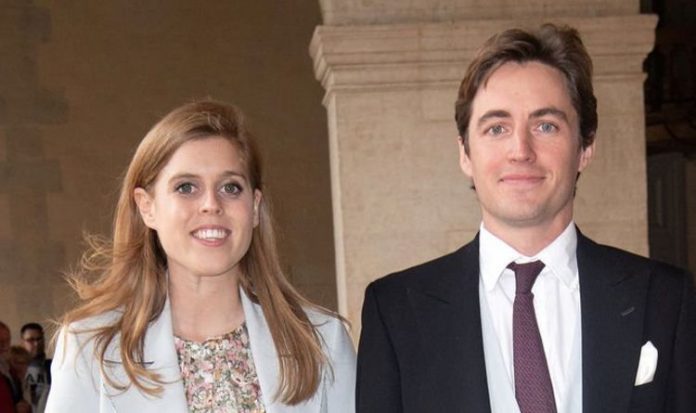 The Greek and Danish royal were wed in a small civil ceremony in St Moritz, Switzerland on December 15. The news was revealed when Philippos posted a sweet picture of him and his wife on his Instagram. Beatrice and her now-husband Edoardo Mapelli Mozzi were also married this year in a secretive ceremony, after their initial wedding date was postponed due to coronavirus.

People magazine reported Philippos and Nina were wed in a small service due to Switzerland’s coronavirus restrictions.

Currently Swiss rules for the virus hold only 10 people can be in attendance for weddings.

As a result, only the couple’s fathers King Constantine and Thomas Flohr were present.

But a formal religious ceremony has been planned to take place next year, celebrating the newly-wed royals marriage.

Marking the occasion, Nina posted a candid picture of her and Philippos with the caption: “Just married (civilly)”.

Edoardo was one of the many to congratulate the royal on his wedding, sending his regards in an Instagram comment.

People magazine also reported the couple were engaged “on the Greek island of Ithica earlier this summer”.

Nina posted a picture of the couple on Instagram from the island, which said: “My dearest Philippos. I love you today, I will love you tomorrow and forever.”

Beatrice and her now-husband Edoardo were also married in a small private ceremony this year.

The couple, engaged since September 2019, were due to be married in a formal ceremony at the Chapel Royal at St James’s Palace on May 29 this year, followed by a royal procession outside Buckingham Palace.

But the wedding was postponed due to the UK’s coronavirus restrictions, and rescheduled until rules allowed the ceremony to take place.

With no public announcement, Beatrice and Edoardo were wed at the Royal Chapel of All Saints in Windsor on July 17.

Buckingham Palace issued a statement over the secretive wedding, and said at the time: “The couple decided to hold a small private ceremony with their parents and siblings following the postponement of their wedding in May.

“Working within Government guidelines, the service was in keeping with the unique circumstances while enabling them to celebrate their wedding with their closest family.”

The newly wed Princess spoke out on her private ceremony in September, where she announced the winners of Forget Me Not Children’s Hospice’s Kids Summer Art Competition 2020

Congratulating a contest who drew a picture of a wedding, she said: “I had the chance to get married this summer and it was so much fun.”