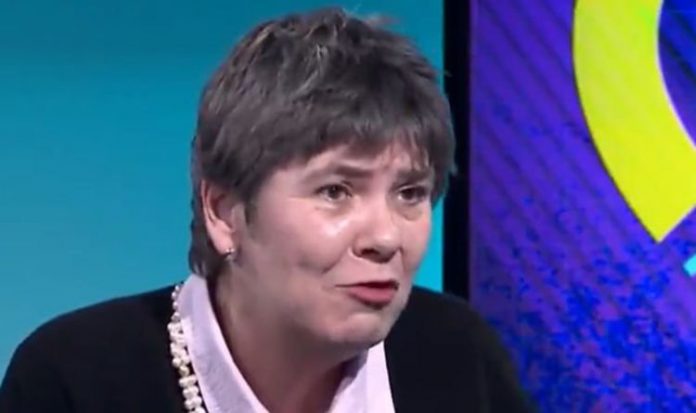 She clashed with Simon Williams, a behavioural expert from Swansea University, who claimed there is “no such thing as common sense in unprecedented times”. On Wednesday Boris Johnson called on Britons to have “short” and “small” Christmas celebrations to defend against coronavirus.

He added rules will still be relaxed between December 23 and 27 but urged people to “think hard” before attending social events.

However, on BBC Newsnight Baroness Fox argued people should be free to make their own choices when it comes to risk.

She argued: “Part of living in a free society even in a pandemic is you treat adults as though they can make judgements and part of making judgements is that you don’t rob them of any choice whatsoever.

“You don’t always use your common sense so you say ‘well the rule lets me do this’ and actually maybe you shouldn’t do it.

“You squander goodwill if you criminalise behaviour.

“The way you harness goodwill is to say to people we’ve all been through this, you know how serious this is, you’ve got this opportunity to spend time with people at Christmas but take it seriously and balance risk.

“That it seems to me is what we should have had more of and I think this rules-based banning and criminalising.”

However, on Newsnight Mr Williams argued people using their common sense is not the best way to fight coronavirus.

He said: “Well I think firstly politicians should stop talking about common sense.

“There’s no such thing as common sense in unprecedented times, none of us have been in a pandemic before.

“I think part of the challenge lies in the fact there is this displacement of responsibility onto the public and by extension guilt and blame.”

According to Minister for vaccine development Nadhim Zahawi some 137,897 people received the jab in the first week.

By the end of this week another 200 local vaccination clinics are expected to open to speed up the process.

The Government hopes to take the figure to well over 1,000 by early next year.

Britain’s vaccination programme, including purchasing and administering the jabs, has been predicted to cost up to £12bn.

Initially the focus is on those aged over 80 or with certain pre-existing conditions.