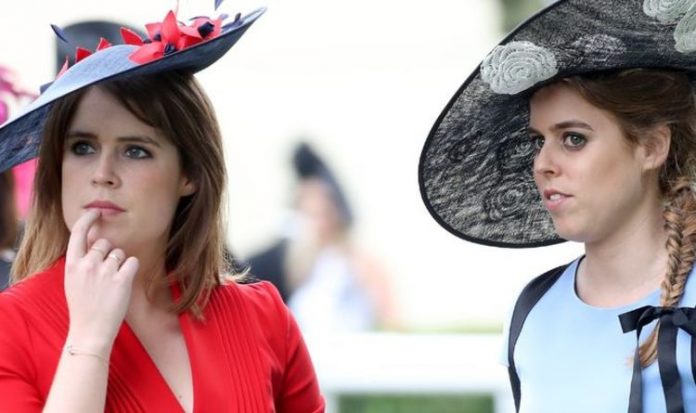 Princess Beatrice and Princess Eugenie have faced years of public criticism over their lifestyle and spending because of their parents, a new documentary has suggested. Sarah, Duchess of York and Prince Andrew decided early on their two daughters would be raised with the “privileges” of royal life and take on the duties of HRHs. Channel 5’s “Beatrice and Eugenie: Pampered Princesses?” narrator Glynis Barber said: “The Duke and Duchess of York thought it only right their children should have all the privileges of senior royals.

“Prince Andrew’s insistence that his daughters be treated as senior royals would lead to criticism of the princesses as they grew older.”

Royal commentator Ingrid Seward said: “Prince Andrew’s children would be royal highnesses and princesses unless he said, ‘look, I don’t want them to have titles.’

“They very much wanted them to be royal princesses and though they would be certainly end as working royals.”

Andrew’s older sister Princess Anne had chosen to refuse offers from the Queen to give her two children, Peter Phillips and Zara Tindall, a title when they were born.

JUST IN: Meghan Markle and Harry’s ‘credentials’ as social media experts under fire ahead of event

And later Prince Edward and Sophie, the Countess of Wessex also chose to forego the HRH style for their children Louise and James, the Viscount Severn.

Ms Seward suggested the “indulgence” shown to Beatrice and Eugenie as they grew up, as well as the close relationship they have with the Queen and Prince Philip, contributed to fuelling criticism towards them.

She continued: “They were probably far more indulged than ordinary children. I remember going once to the house where they were staying and was absolutely astounded.

“There was a little building in the garden and it was full of Barbie dolls. So they had a lot of stuff but they were very, very well brought up.”

“She saw in them something of her own relationship as a child with Margaret.”

Despite being styled as HRHs, neither Princess Beatrice nor Princess Eugenie are classed as working royals but both princesses have followed Royal Family tradition and become patrons to several charities over the years.

Speculation about Prince Charles seeking to “slim down the monarchy” once he becomes king has however sparked concerns Beatrice and Eugenie could see their official roles further reduced in coming years.