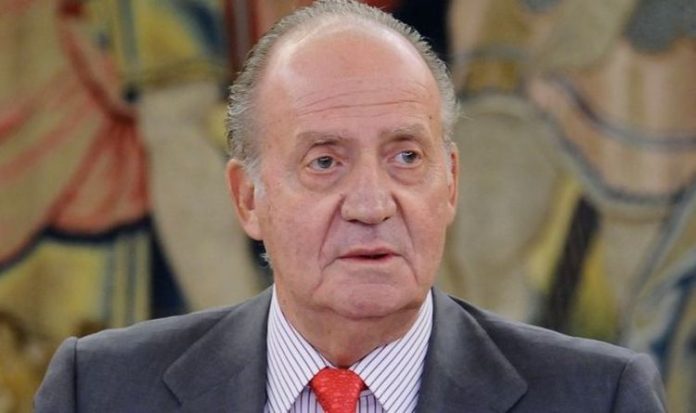 Juan Carlos’s lawyers issued a statement on December 9 in which they announced the former monarch had paid £617,609.64 (€678,393.72) to his country’s tax authorities. This sum, they added, also covered “interests and fines”. The former king’s lawyers did not provide details on what the back taxes were for.

Spanish newspaper El Pais wrote in recent days Juan Carlos wanted to sort out certain alleged illegal credit card transactions with the country’s revenue office to avoid being charged in an investigation and to be able to return to Spain, Reuters has reported.

The brief statement issued by Juan Carlos’s lawyers yesterday ended stating: “In any case, His Majesty King Juan Carlos remains, as always, at the Tax Authorities’ disposal for any procedure it considers necessary”.

Following his abdication six years ago, Juan Carlos has been haunted by allegations of financial impropriety.

In early November, it was confirmed Spain’s attorney-general had instructed prosecutors of the supreme court, the country’s highest court, to investigate claims regarding Juan Carlos’s use of credit cards linked to secret foreign accounts.

Prosecutors at the Spanish supreme court had already opened another investigation into the potential role of Juan Carlos in a multi-billion deal for a Spanish consortium to build a high-speed rail line in Saudi Arabia.

In March, his son and current monarch King Felipe VI, renounced his personal inheritance from his father and stripped the former monarch of his annual allowance.

This move came following a report stating King Felipe had been chosen as a beneficiary of an offshore fund, known as the Lucum Foundation, set up by his father in 2008, when Juan Carlos was still the reigning king.

In the statement announcing King Felipe’s decision, the palace said the current monarch only became aware in 2019 he had been chosen as a beneficiary of this fund with links to Saudi Arabia.

The statement added he had subsequently sworn before a notary public that he had told his father he was renouncing any benefit from it.

Neither King Felipe nor his household had any knowledge, participation or responsibility in the alleged events, the statement also said.

It also emerged Swiss prosecutors were investigating into another offshore fund allegedly tied to Juan Carlos, the Fondation Zagatka.

King Felipe denied any knowledge of being a beneficiary of the Zagatka fund.

Juan Carlos said in a statement he had never told his son that he was the beneficiary of the two funds.

In an interview to TV channel Telecinco, he said: “The monarchy is not in danger.”

He also called for respect for the “presumption of innocence” in the face of judicial investigations of the former monarch.

Juan Carlos left Spain in August and has since been living in the United Arab Emirates.

He has never commented on corruption allegations.

King Juan Carlos, who has been pivotal to help Spain transition from Francisco Franco’s dictatorship to a democratic form of government, abdicated in 2014.

By standing down, he lost immunity from prosecution Spanish monarchs enjoy during their reign.

His abdication also sparked at the time fresh calls for a referendum on monarchy across Spain.