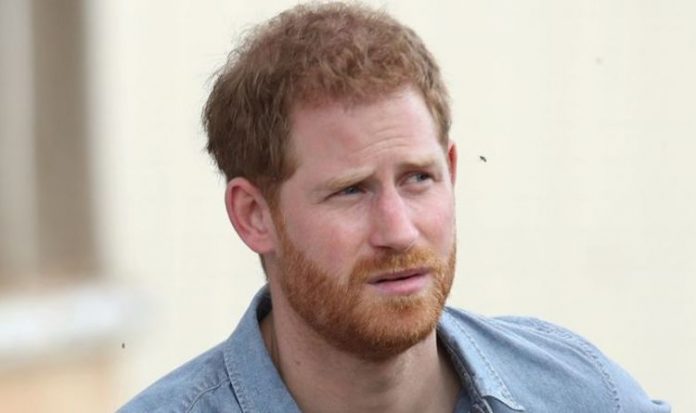 The Duke of Sussex, who has quit royal duties and moved to America with Meghan Markle, urged the travel industry to “reset and reimagine” its future after the coronavirus pandemic in a foreword to the annual report of Travalyst. Harry, who launched the initiative in 2019 in a bid to make the travel industry more sustainable, said: “We know that to not to travel again is not an option.

“Right before us, there is an opportunity to do things differently, to do things better. Travel and tourism are no exception.

“As the industry re-emerges from crisis, there is an urgent need to reset and reimagine.”

But his remarks sparked a backlash from some who pointed to his previous private jet use and £11million mansion in California.

Conservative commentator Darren Grimes, making reference to his use of private planes, tweeted: “The bloke is a privileged prat.”

Another Twitter user asked: “Will Prince Harry stop travelling by private jet then?”

A third blasted: “But why go buy the kind of house that they did buy?

“Could have gone down the eco path..it is just words…plus the huge guzzlers they go around in! Change your lifestyle then come to the masses..that goes for the whole fam including Charles William etc!”

Another wrote: “Private jets, unfriendly fuel chugging cars, huge mansion to keep warm and cool & 16 bathrooms for the three of them. Grounds to keep watered etc. Give us a break lol.”

A fifth hit out: “When Prince Harry stops using a private jet, and a chauffeured limousine- he can have this conversation- until, such a time. Take a seat, Dude.”

One more commented: “Talk is cheap. Actions speak louder than words. Harry is not qualified to advise anyone on helping the environment because he ‘needs’ 16 bathrooms and swimming pools and private jets. Is this a joke?”

But others praised the royal, with one saying: “The man is a visionary. Always ahead of the trends. Can’t wait to see the role @Travalyst plays in a reimagined tourist industry, post-Covid world.”

Harry and Meghan faced criticism for taking four private jets in less than two weeks during the summer in 2019 to luxury holidays in Ibiza and Nice despite regularly preaching to the public on being green.

Meghan Markle returning to the UK “would overshadow” the Queen’s 95th birthday this year, a source has claimed.

The insider told the Daily Mail: “Harry wants to come back for The Queen and Prince Philip’s big birthdays. But it looks likely it will be just him.

“If Meghan comes back, the feeling is that it would overshadow the occasion. People would only be looking at the ‘drama’ of it all.

“Of course she would be welcome, but a decision not to come would postpone that headache for a while at least.”

7.30am update: Princess Anne in candid admission about life as a young royal

Princess Anne made a candid admission about her life as a young royal.

The Princess Royal once admitted that as a young royal she felt she struggled to meet expectations of her.

Anne said: “As a young princess I was a huge disappointment to everyone concerned. It’s impractical to go around in life dressed in a long white dress and a crown.”