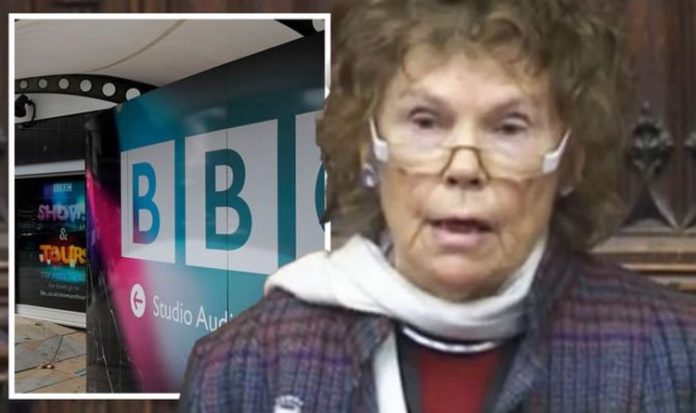 The former Labour MP accused the broadcaster of “putting forward views that were critical of leaving and always putting the negatives before the positives”. Baroness Hoey claimed the post-Brexit success of Nissan was one of the first positive stories the corporation has covered since the UK cut ties with the European Union.

Earlier this month, a senior official at the Japanese car giant said the Brexit deal had given their Sunderland plant a competitive advantage.

Baroness Hoey also warned people outside of the capital feel they are not represented by the BBC.

And the Brexiteer questioned whether new director-general Tim Davie, who spoke out on the issue of impartiality when he took over last September, could “turn things around”.

Asked if the BBC’s Brexit coverage was bias, Baroness Hoey told Express.co.uk there was “no doubt about it”.

The ex-Labour MP added: “Nissan for me was almost the first positive story the BBC has covered even after we have left.

“It’s not just Brexit, it’s the fact that for many people out of London they do feel that the comedy programmes, all of the background stuff in the BBC, is just not where they are at.

“They’re paying £157.50 but they’re almost treated as not important because they’re not part of the middle-class trendy southerners and I’m afraid that’s what a lot of people think.

“Whether the new director-general can turn things around I’d be very very doubtful.”

She told peers: “Older people are turning off the BBC and younger people have never turned on.

“The licence fee itself represents a bygone age and should be abolished to be replaced by a choice-based alternative.”

The BBC sparked a backlash last year when free TV licences for most pensioners were scrapped.

Under the changes, over-75s must now receive pension credit to get a free TV licence.

Meanwhile, the campaign group Defund the BBC has gathered almost 100,000 followers on Twitter since it was launched in June.

The BBC’s incoming chairman Richard Sharp admitted earlier this month there were times the broadcaster’s representation of voices in the Brexit debate was “unbalanced”.