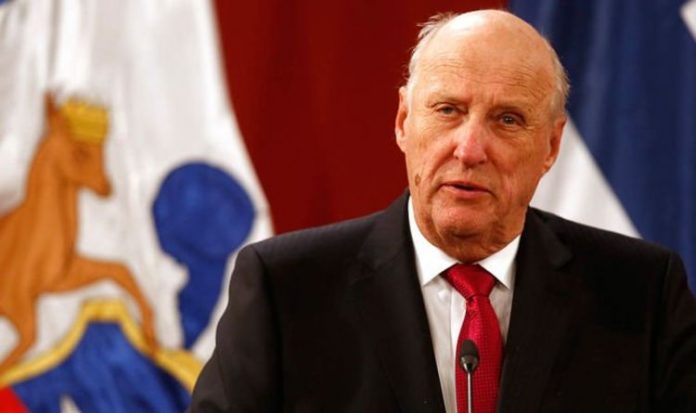 Norway’s palace, the Royal Court, announced in a brief press release King Harald V’s sick leave, originally meant to end yesterday, has been extended. The statement read: “His Majesty the King is still under medical investigation and sick leave has been extended.”

King Harald was to lead the Council of State today.

The monarch should have also held a meeting with the Commander of the Norwegian Navy at the Royal Palace.

Both these engagements, the royal office said, will now be undertaken by the heir apparent to the throne, Crown Prince Haakon, temporarily acting as prince regent.

The palace hasn’t provided any clue regarding when the 83-year-old monarch may resume public duties.

Norway is expecting to receive an update on its king’s health later this week.

King Harald was scheduled to attend a few key engagements over the next few days.

On October 8, the monarch was due to hold an audience with the Norwegian foreign minister.

On the following day, King Harald should have led again the Council of State.

On Sunday, the monarch was to attend, alongside his wife Queen Sonja and son Haakon, a religious service at Nidaros Cathedral, according to local media reports.

The Norwegian monarch was admitted to hospital in Oslo on September 25.

It was later revealed the king’s hospitalisation had been due to breathing difficulties.

King Harald tested negative for coronavirus, the palace said, and announced he would remain in hospital for a few days and on a sick leave until October 4.

The Royal Court said at the time: “His Majesty King Harald was admitted to the National Hospital today because of dizziness.

“No serious illness has been found.

“The King is expected to be discharged before the weekend.

“The King has cancelled his duties for two weeks.

“During this period, His Royal Highness Crown Prince Haakon is acting regent.”

During King Harald’s absence from the palace, Crown Prince Haakon had to step up to the plate and opened for the first time the Norwegian Parliament.

The opening ceremony of the Norwegian Parliament is usually attended only by the King and Queen.

The last time a Norwegian Crown Prince opened the country’s Parliament was in 1990, with the then Crown Prince Harald stepping in for his seriously ill father, King Olav V.

The then-king died only a few months later.

This isn’t the first health scare of King Harald.

Last year, the monarch was hospitalised in December after suffering from a viral infection.

He was discharged from hospital on January 15.

King Harald became much beloved in his country after leading Norway in 2011 in its mourning for the victims of mass killer Anders Behring Breivik.

In 2016, the monarch was also celebrated around the world for openly supporting gay rights and diversity.