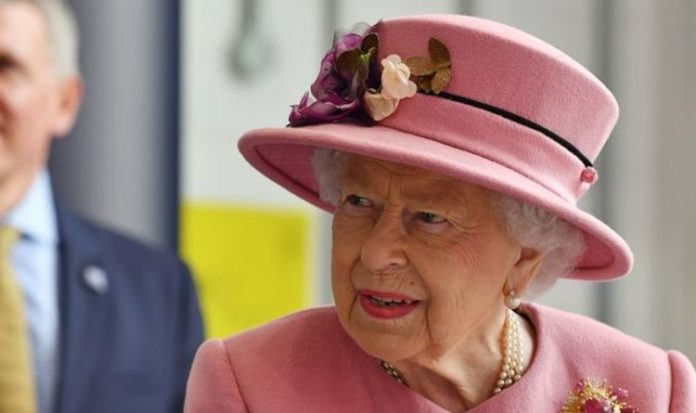 Her Majesty visited the Defence Science and Technology Laboratory near Salisbury, Wiltshire today with her grandson Prince William. During the visit to the high-level science laboratory, the Queen and William did not wear face coverings, sparking a huge row on social media about whether they were correctly following the Government’s coronavirus rules. Scores of Twitter users criticised the Monarch for not wearing a face mask during her visit.

Due to the backlash, the Palace was forced to issue a response.

A spokeswoman for the Palace clarified the Queen had sought expert advice over the issue before visiting Porton Down today.

The statement read: “Specific advice has been sought from the medical household and relevant parties, and all necessary precautions taken, working closely with the Defence Science and Technology Laboratory.”

Staff at Porton were also seen to not be wearing masks during today’s event.

However, all had been tested for coronavirus which had all subsequently returned as negative.

Today’s visit was Her Majesty’s first since March following the outbreak of the virus.

She was joined by Prince William today as the two opened the new Energetics Centre at the laboratory.

They were also shown a range of weapons and technology involved with intelligence operations.

JUST IN: China warning: Beijing orders US out of Taiwan Strait

Due to his retirement from royal duties, Philip had been living in Norfolk but was soon moved to join his wife.

The pair did eventually travel to their usual summer residence of Balmoral after restrictions were lifted.

However, after six weeks on Aberdeenshire estate, the pair moved to Sandringham in September.

They allegedly moved due to life on Balmoral becoming boring due to certain restrictions.

An insider told The Daily Telegraph: “It was a bit tedious at times – not just for the staff, but the royals themselves.

“Balmoral can sometimes be a little hard going, but coronavirus made things even more difficult.

“There was quite a lot of time spent sat around, twiddling thumbs.”

Ahead of Christmas, the family is now working to draw up a plan of how best to celebrate the festive period within the Government’s guidelines. 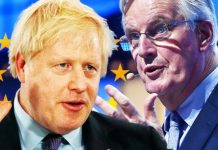