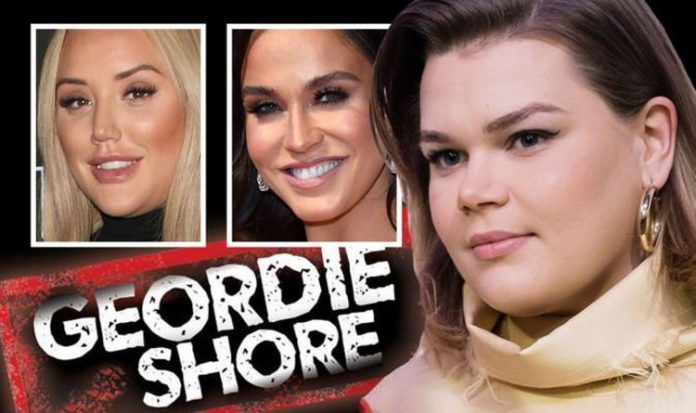 Prince Albert has found himself in a unique position as one of the world’s last royal family members to both govern and hold the power of an active royal. His principality has built a reputation for its glitz and glamour. Photographs from the Fifties right through to the Nineties paint a picture of extreme elegance and class, with the principality’s famous Monte Carlo Casino the beating heart of its social fabric.

Those days of Hollywood stars and famous singers frequenting Monaco have, however, since gone.

Now, the principality, not much bigger than Hyde Park in size, is attempting to lure a new generation of youngsters who have found riches through the Internet.

One such move appears to be kick-started by Noemie Ravenna, the owner of a Tattoo Parlour in Monte Carlo.

While filming ‘Inside Monaco: Playground of the Rich,’ the BBC caught Camille Gottlieb, daughter of Princess Stéphanie of Monaco, Albert’s sister, coming in for an appointment.

It was here that, while having her tattoo of a leopard, the royal admitted that she enjoyed watching MTV’s Geordie Shore – the reality show that follows a group of young people and their drunken antics around Newcastle.

She said: “Everybody knows everybody in Monte Carlo – it can be a little bit weird sometimes.

“To be the granddaughter of Prince Rainier and Grace Kelly, and the daughter of Princess Stephanie – we are the royal family so we have to do a lot of things for Monaco so it’s good for us.

“I was watching Geordie Shore and I loved it.

When asked whether she had to persuade her mother, Camille said: “She has tattoos too so it’s ok for her.”

Camille is one of three of Stephanie’s children.

She has a brother, Louis Ducruet, and a sister Pauline Ducruet.

Camille, however, is not included in the line of succession to Monaco’s throne.

This is because she shares a different father to her siblings’ bodyguard dad, Daniel Ducruet, whom Stephanie divorced in 1996.

Camille was born in 1998, her father another of Stephanie’s former bodyguards, Jean Raymond Gottlieb.

Shortly after the royal revealed her love of Geordie Shore, business student Mortimer Bottomley from England who lives in Monaco with his family revealed that, despite Monte Carlo’s budding tattoo scene, the general consensus remained “judgey”.

When asked whether Monaco was becoming “hip”, he replied: “Not really, no.

“People here, when they see you’ve got tattoos and stuff, they’re really judged.

“So as soon as you see difference in people you get judged very quickly.”