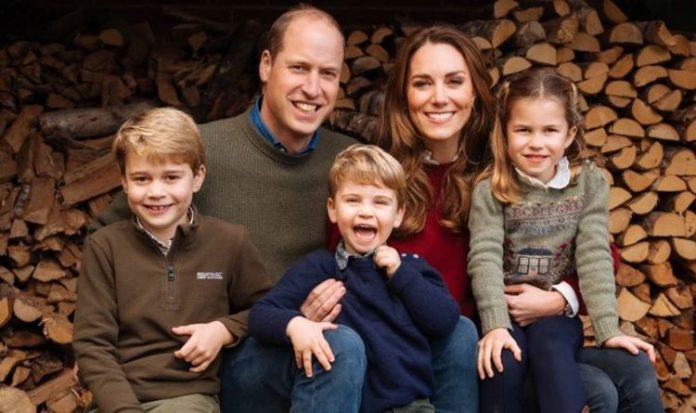 The Cambridge’s divide their time between their London home at Kensington Palace and their country property, Anmer Hall, in Norfolk, around 110 miles from London. Anmer Hall is a 10-bedroom Georgian house situated on the Queen’s Sandringham Estate, not far from Prince Philip, who permanently lives there.

The family also spent the first coronavirus lockdown in Norfolk, as Prince George and Princess Charlotte were not at school in London.

The home was gifted to them when the Duke and Duchess of Cambridge got married in 2011, and the couple spent £2 million refurbishing the property, including the addition of a ‘garden room’.

The couple also installed copious amounts of foliage as a means to keep prying eyes away.

Despite being the future king and queen, apparently the couple live a very normal life at home, according to one royal insider.

A source told People magazine: “At the end of the day, she’s in training to be a future Queen, but honestly you would never know it.

“It’s a lovely, welcoming house, not a fancy, stuffy palace in any way.

“It’s a normal, busy family home with kids running around and knocking things over. There’s no airs and graces.”

Princess Charlotte, five, is also smiling and sat on on her mother’s lap.

The family also made an appearance on the red carpet in London, prior to Tier 3 restrictions coming into force.

The Cambridge’s saw a pantomime at the London palladium staring Julian Clary, Elaine Paige and a host of stars.

The show was a token of thanks for key workers throughout the coronavirus pandemic.

He went on to thank key workers, saying: “We are here tonight for a very special performance. Special, because of you – the key workers here in the audience.

“You include community workers, volunteers, teachers, NHS staff, representatives from the emergency services and military, researchers working on the vaccine, people helping the homeless, those manning vital call centres, and staff from a wide range of frontline charities – to name but a few.

“You have given your absolute all this year, and made remarkable sacrifices.”