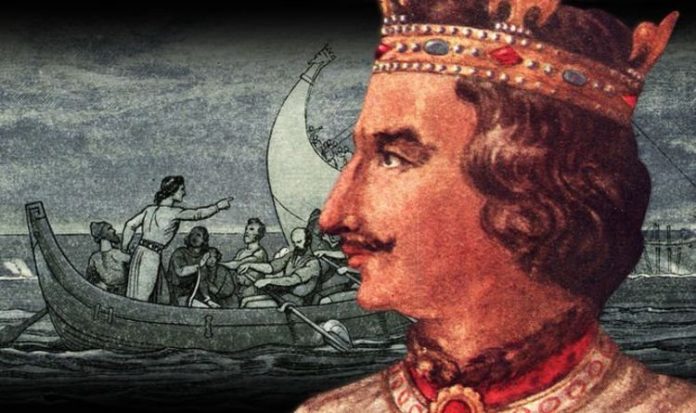 On the night of 25 November, 1120, something cataclysmic happened to the Royal Family. The kingdom had prospered for years and King Henry I had brought great wealth to the island nation. The events that unfolded on that day have been described by historian Charles Spencer as nothing short of a “true-life Greek tragedy”.

Henry had spent the preceding 20 years building up a system of Government that was highly successful.

He had already started to hand over powers to his son, William the Aetheling.

William had been designated King and Duke of Normandy for the next generation – a monumental privilege and responsibility.

Yet on that day in 1120, William boarded the White Ship that was departing Barfleur, northwestern France, changing the face of royal history.

He believed it was a time to celebrate with the 300 notable members of Anglo-Norman society who were making the trip to England.

Confident that the ship – the swiftest and most modern in the royal fleet – could make a nighttime crossing, William and his crew and party remained drinking on the shore.

Mr Spencer explained: “William got on board the ship, partied like crazy with his friends for several hours, and got everyone drunk on board, including, unfortunately, the helmsman.

He and some others threw themselves overboard into the dinghy.

Yet, the dinghy could not take the weight of the whole party and capsized.

Speaking of the disaster, Henry of Huntingdon, wrote that William, “instead of wearing embroidered robes…floated naked in the waves, and instead of ascending a lofty throne…found his grave at the bottom of the sea”.

He did not produce any legitimate children after William.

Instead, he designated Matilda as heiress.

Henry forced his barons to swear to uphold her rights – something they renounced on his death, instead choosing Henry’s nephew, Stephen of Blois to sit as ruler.

Mr Spencer said the event was one of the single-most significant in British maritime history, as it resulted in what is known as “The Anarchy” – a civil war that raged for years over the rightful ruler of the kingdom.

He said: “It was a complete bloodbath. It was about as tumultuous a time as Britain’s ever suffered and it all stemmed from the sinking of one ship.

“That’s why I maintain that this was the most disastrous moment in British maritime history… this was an entire royal family destroyed.”