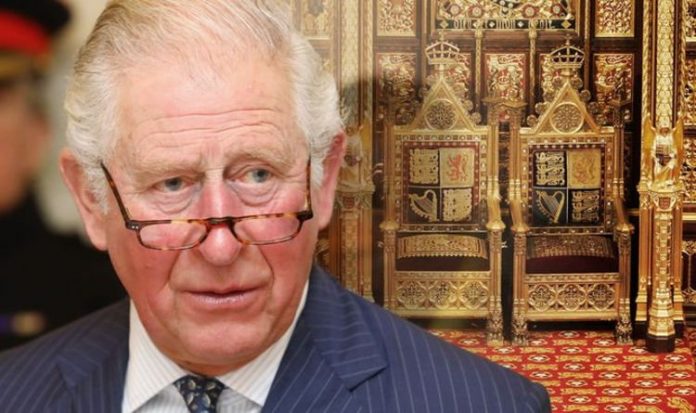 Prince Charles is first in line to the throne and is set to replace Queen Elizabeth II as Britain’s head of state once the 94-year-old dies or steps down. Graham Smith, the CEO of Republic, told Express.co.uk that there are technically four ways that the Prince of Wales would not become king.

Mr Smith said: “There are four ways in which Charles will not be King.

“Either he decides to remove himself from the line of succession and it goes to William or he dies before his mother.

“Or Parliament passes a law to remove him which is never going to happen, or we get rid of the monarchy.

“Then the only way he is not going to be King is if he predeceases his mother which is not impossible but unlikely.”

He continued: “We are going to get King Charles, that is going to be a problem.

“If the Queen is not going to be the last monarch then he really has to be.”

Republic is an organisation that campaigns for Queen Elizabeth II to be replaced by an elected, democratic head of state and for the monarchy to be abolished.

Mr Smith has also called for a referendum to decide the future of the monarchy.

He said: “I think a referendum at any time is welcome but certainly if Charles becomes King, there should be one within a year of him taking to the throne to see whether this is something we want to keep on putting up with.”

However, Republic’s view on a potential referendum has been strongly criticised by a royal commentator

Richard Fitzwilliams told Express.co.uk: “Referendums have been held in Britain over issues where there are clear division and strong popular feeling.

“This has manifested itself in mainstream political debate.

“According to YouGov, support for a republic has tended to be in the region of 20 percent. There has been no call for it in Parliament at all.

“Republic seeks the publicity it knows would follow holding a popular vote, knowing there is no call for one.

“This will fool no one and to call for it at a time like this, clearly shows it is not interested in promoting national unity, which the monarchy, especially during a pandemic, is so potent a symbol of.”