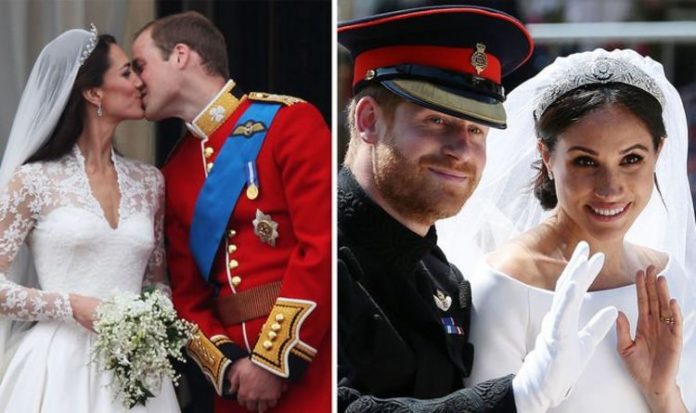 Over the last few decades there have been some spectacular royal weddings. In the last three years alone, Prince Harry, Princess Eugenie and Princess Beatrice have all tied the knot. Read on to find out how old some of the most famous royals were when they walked down the aisle.

It’s only fitting to start with the head of the Royal Family, the Queen and Prince Philip, who married in 1947.

The couple formally announced their marriage after Elizabeth’s 21st birthday, and they married a few months later.

Princess Elizabeth was 21 when she tied the knot at Westminster Abbey, and Prince Philip was 26.

Prince Charles married Lady Diana Spencer in 1981 at St Paul’s Cathedral, and the wedding was widely dubbed a fairytale.

Charles was 32 when he tied the knot, while Lady Diana was 19 years old.

Both Andrew and Sarah were 26 years old when they married.

The youngest of the Queen and Philip’s children, Prince Edward, married Sophie Rhys-Jones at St George’s Chapel, Windsor, in 1999.

Edward was 35 years old when he married, while Sophie was 34.

In 2005, Prince Charles was 56 when he married his second wife, Camilla Parker-Bowles, who was 57.

Prince William married Kate Middleton in 2011 at Westminster Abbey, and thousands lined the streets of London to catch a glimpse of the man second in line to the throne and his new bride.

Kate and William met at the University of St Andrews, but the couple waited until Kate was 29 years old and William was 28 to tie the knot.

At the time of their marriage, Harry was 33 and Meghan was 36.

Princess Eugenie married Jack Brooksbank at St George’s later in 2018, at the age of 28.

Princess Beatrice held a private wedding during the UK lockdown in July, marrying Edoardo Mapelli Mozzi at the age of 31.