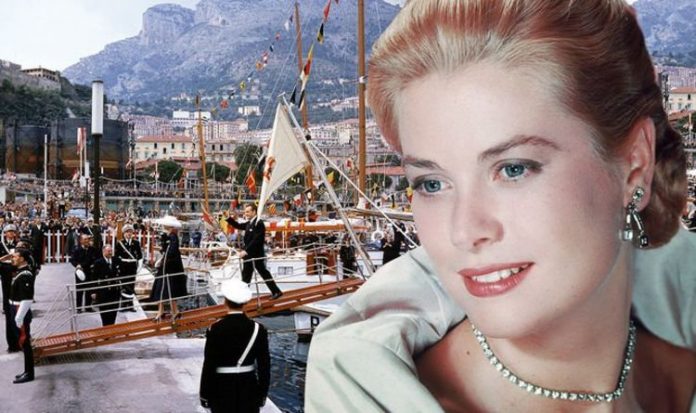 Less known than the British Royal Family, Monaco’s age-old royal lineage is, many would argue, just as unique. The small principality, which sits on the south-east coast of France, is picture perfect. Known to be the playground of the rich, Monaco has in recent years struggled to attract a younger, tech-savvy clientele.

Gone are the days of glitz and glamour of Frank Sinatra and Hollywood stars.

Now, YouTubers, gamers, and the young with internet money rule the roost.

Yet, without the Hollywood allure, Monaco may never have built the reputation it is known for today.

This historic theme was explored during the BBC’s all-access documentary ‘Inside Monaco: Playground of the Rich’.

Narrated by First Dates maître d’ Fred Sirieix, the Frenchman reveals how the arrival of Hollywood’s Grace Kelly in Monaco, for her marriage to the Royal Family’s Prince Rainier III, changed the face of the country forever.

He explained: “When Grace Kelly arrived to marry Prince Rainier in 1956, the world watched the climax of a fairy tale romance.

“One of the biggest stars of Hollywood was sailing into Monaco to join her real life Prince Charming.

“But, behind the scenes, the principality had fallen on hard times.

JUST IN: Prince Albert’s devastating routine to ‘get through difficult’ life

“The arrival of an Oscar winning actress was a chance to start a new chapter of glamour and sophistication.

“Together, Princess Grace and Prince Rainier were to transform the principality’s image for a generation.“

The royal couple had three children; two daughters and one son.

Albert, their only son, was destined to become the nation’s sovereign prince after Grace died in a tragic car accident aged just 52.

Hollywood: Grace had already won Oscars by the time she arrived in Monaco (Image: BBC)

Prince Albert: The newborn prince pictured with his mother and father (Image: GETTY)

The event occurred on Tuesday 14 September 1982.

Here, while driving back to Monaco from the family’s countryside home with daughter Stephanie, Grace had a stroke behind the wheel.

Her Rover tumbled 100ft down a ravine, turning over several times before coming to rest in a garden.

Reports initially suggested the princess was injured but stable.

But, later that day, Grace tragically passed away in hospital.

During the documentary, Lt. Col Philippe Rebaudengo, the Prince’s Equerry, neatly summed up the collective feeling towards Grace.

Looking at a painting of her on the wall, he said: “The presence of Princess Grace is everywhere in the palace.

“Her spirit is there.”

In 2014, Prince Albert and his wife, Princess Charlene, welcomed twins Gabriella and Jacques into the world; Jacques naturally slotted into being next in line to the throne.