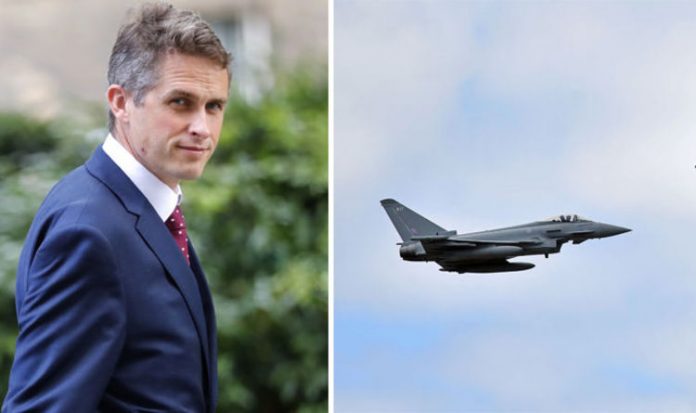 Britain and its Norwegian partners will challenge the growing threat of Russian naval forces by sharing facilities for new Maritime Patrol Aircraft.

In a statement signed by the UK, Norway, and the United States, the Government confirms it will receive the first of nine new P-8A aircrafts next year, at a cost of £3 billion.

Norway is buying five of the same aircraft in response to the “changing security environment” in the North Atlantic, according to the statement.

The same document suggests there has been a “significant increase in Russian submarine activity” in the area, putting Nato forces at risk.

The MP said increased Russian activity in the ocean “shows the increasing aggression and increasing assertiveness of Russia”.

The Royal Navy had to respond to Russian warships approaching British territorial waters a total of 33 times in 2017.

In 2010, they only had to respond once to Russians vessels approaching UK waters.

The UK’s aeroplanes will be based at RAF Lossiemouth in Scotland.

However, the same base will also extend operational and logistic support to the Norwegian fleet.

Submarines are thought to be the largest part of Russia’s naval power, with an estimated 60-70 vessels.

Nick Childs of the International Institute for Strategic studies praised the decision to work with Norwegian forces.

He called it “a logical step when fielding exotic capabilities in small numbers”.

They can carry torpedoes, depth charges, Harpoon anti-ship missiles and other weapons.