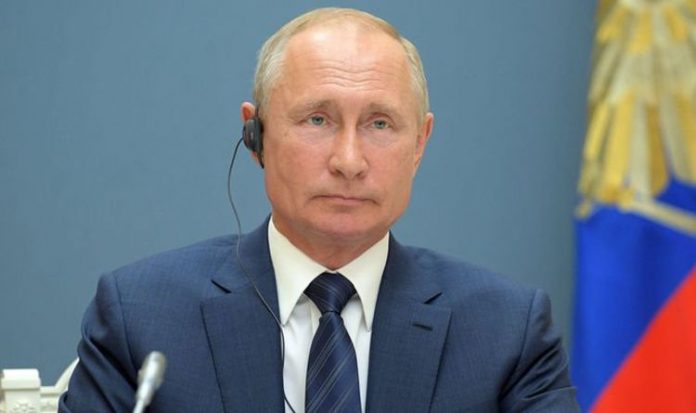 Ciaran Martin, the outgoing head of the National Cyber Security Centre (NCSC), has issued a warning about Russian attacks on the UK . He said that the “Russian threat was not just a threat on the democratic processes” but to critical infrastructure like the NHS and Britain’s energy resources. Mr Martin, who was also the first head of the NCSC, warned that Russia has been the biggest cyber threat to the UK for the last 30 years.

In July, the UK, along with the US and Canada, accused Russian intelligence of trying to steal coronavirus research.

The Russians attempted to hack into universities and research labs seeking a coronavirus vaccine.

Mr Martin told the BBC’s Today programme: “Many of the people involved never thought they’d be in a case where they’d be talking to part of an intelligence service about resisting major nation state threats against their work.

“We have built up significant knowledge of some of the major attack groups from the major nation states, including Russia, over more than two decades.”

Mr Martin continued: “For a lot of the things that we were seeing in the high end of vaccine protection, it was detected by us because it was the more sophisticated end, where the attacker is trying harder not to get caught.”

He added: “We have seen attacks and intrusion in energy systems. The NCSC has been tracking these groups for 30 years and Russia has been the operational constant.

“They have taken up a huge amount of our resources.

“We have had success in exposing malevolent Russian behaviour and not just calling it out for diplomatic reasons.”

Russia was accused of interfering in the 2019 general election by hacking and leaking trade documents.

A report by the House of Commons International and Security Committee accused Moscow of attempting to interfere in Scottish and Brexit referendums as well as the last general election.

The relationship between Moscow and London worsened further when Boris Johnson joined other Western officials this week in demanding a transparent investigation into the alleged poisoning of Alexei Navalny.

“The perpetrators must be held accountable & the UK will join international efforts to ensure justice is done.”