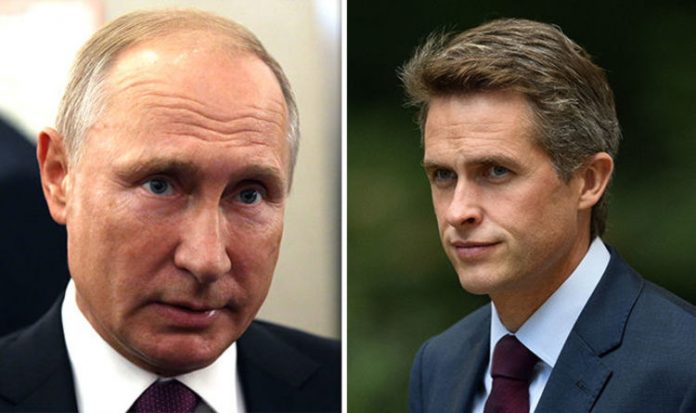 They are reported to have used a fake account for Mr Williamson and the MoD’s permanent secretary Stephen Lovegrove last month and claimed the Ministry of Defence (MoD) needed help in paying a ransom.

An anonymous source said the MoD realised something was wrong when they started being contacted by donors to ask how they could assist with the overseas hostage situation.

The source said: “We had these weird emails coming in offering to help with a highly sensitive matter.

“Everyone was bewildered, enquiries were made and it turned out these rich donors were getting emails asking for help with a hostage scenario.

“Further investigations found the emails were coming from accounts that looked like official email addresses for Williamson and Lovegrove.

“It was literally hackers trying to impersonate the Defence Secretary to illicit millions from wealthy donors.”

The UK Government does not pay ransoms for the release of hostages, but it seems many donors were not aware of this.

It is believed the fraudulent emails intended to extort cash and to humiliate the MoD.

An investigation by Conservative Party HQ and defence analysts allegedly traced the emails back to Russia.

The news of the antagonistic phishing scheme comes just days after it was confirmed that two Russian agents carried out the Salisbury nerve agent attack that injured defector Sergei Skripal and his daughter.

The two men were charged in absentia.

The agents are believed to have been sent by Russian President Vladimir Putin to assassinate Mr Skripal, something that Prime Minister Theresa May is now bringing to the UN Security Council.

A source close to the Defence Secretary said he might have been targeted because he had been outspoken about the Russian threat to security.

After the Salisbury attack Mr Williamson said that Russia “should go away and shut up”, describing their actions as “atrocious and outrageous”.

The source said: “It’s not surprising that Gavin has been targeted, because he’s been a vociferous critic of Russia.

“He was warning of the threat from Russia long before they launched a chemical attack on us.

“Russian criminal gangs only operate with a nod from the Kremlin – this is all part of the Russian gangster playbook that encourages these malign acts.”

Last month, the MoD put out a press release warning about a “potential phishing scam” and advising that anyone getting suspicious emails should report it to the police.

An MoD spokesman said: “We are aware that people were targeted and contacted as part of a ‘phishing’ campaign by people pretending to be senior moD officials.

“As this was criminal activity, we worked closely with law enforcement partners and the National Cyber Security Centre to make sure potential victims were aware of the scam.”