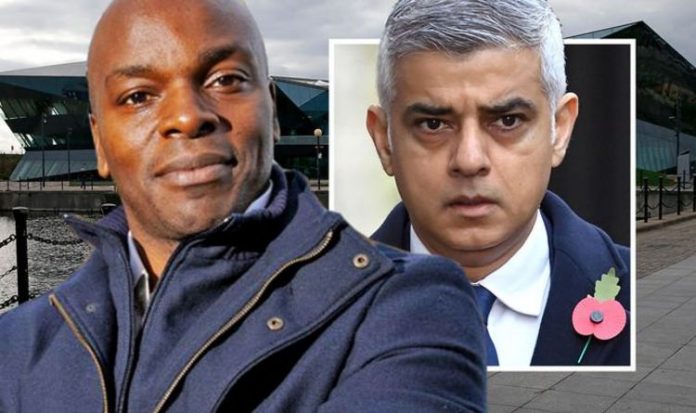 In an exclusive interview with the Daily Express, the Tory candidate in next year’s London mayoral election calls for an all-out offensive against gangs who exploit children as young as 11 to spread the illegal trade from the capital to communities across the country. “The key thing is to let the police smash the rings. People need to go to jail,” Mr Bailey told the Daily Express. “People who are grooming children are almost paedophiles in my mind.”

Setting out new policy ideas that will be a key part of his manifesto in his bid for a term in charge of City Hall, the mayoral candidate calls for a “gold command” police chief to lead the fight against county lines gangs.

He urges the Government to update modern slavery legislation to better protect the vulnerable youngsters who are dragged into the dealers’ sinister web.

And he launches a scathing attack on current Labour mayor Sadiq Khan, claiming his soft-touch crime policies are allowing the vile drugs trade to flourish.

“Under Sadiq Khan, crime has become so bad in London we are now exporting it around the country,” the mayoral hopeful said.

“It is a public shame and a national scandal that our children are being exploited by gangs who are effectively using the same tactics as paedophiles.”

Mr Bailey set out his new policy ideas for tackling the menace of the “county lines” networks in an interview with the Daily Express in central London this week as his campaign for next May’s City Hall election – postponed for a year due to the coronavirus pandemic – goes on the offensive on law and order.

With 20 years as youth worker before entering politics, the 49-year-old Greater London Assembly speaks passionately about his own experience of seeing the effects on vulnerable children of “going country” and being sucked into the dark world of violence and intimidation.

Dealers hook youngsters into the networks – named after the mobile phone “lines” used to keep control over recruits – with promises of easy money. They then use threats of violence to force them into carrying large consignments of cannabis and other drugs on trains to supply local drugs markets in provincial communities.

“One of the most egregious things that used to happen is that you’d have a young person, really quite vulnerable, you’d be working with them and then they would go missing for two or three days. Then they would turn up again. You’d soon suspect they were ‘going country’, as we used to call it,” Mr Bailey said.

“It is my goal not only to make London safe but to make the rest of the country safe by breaking that supply of vulnerable young children.”

Mr Bailey argues that smashing the root of the county lines networks in London will help to cut drug-related crime including theft, robbery and violence across swathes of the UK.

Shaun Bailey set out his new policy ideas for tackling the menace of the ‘country lines’ (Image: Getty)

“There are something like 280 county lines. They are country-wide. You hear stories of youngsters from London who end up in places like Newquay.

“County lines is a national scandal. We have children being groomed, recruited and forced to sell drugs.

“All the time this has been going on, Sadiq Khan has spent £3.7million on the problem but £57million on his public relations,” said Mr Bailey, who was a Downing Street adviser to former prime minister David Cameron.

He likens the ‘county lines’ bosses to the character Fagin, head of a gang of child pickpockets, in Charles Dickens’s Oliver Twist.

“It’s almost Faginesque. In the 21st Century in Britain, children are being scooped off the street by organised crime gangs and delivered countrywide. We need to do something about this, and we can,” he said.

And he believes the Modern Slavery Act introduced under former Tory prime minister Theresa May needs to be updated to ensure children carrying drugs are intentified as victims in need of protection rather than offenders.

Such an approach would reduce time wasted on prosecuting vulnerable minors and free police to concentrate on hunting the ringleaders, he says.

Mr Bailey believes more can be one to make parents and teachers aware of signs that youngsters are being ensnared into drug gangs. He has discussed his proposals with Home Secretary Priti Patel and the Children’s Society.

He says Mr Khan’s £3.7million Rescue and Response initiative to support children affected by county lines has only helped a fraction of those involved.

“I want to start a safeguarding unit to bring together all of the agencies that can disrupt county lines operations, anything from youth workers to parents to social workers to the police.

“I want to give it a gold commander, because the police are very good if you give them a clear task.

Mr Bailey accused Khan of failing to back the police out of desire to pander to the left (Image: Getty )

Mr Bailey accused his Labour rival Mr Khan of failing to back to the police out of a desire to pander to the Left.

“He is trying to look woke,” he said.

“When a police force is cowed, the criminals become emboldened. Sadiq Khan’s approach to policing in London has given criminals carte blanche to do as they please.

“Even in lockdown, we’ve had astounding levels of crime.”

Mr Bailey argues that Mr Khan’s failure to unequivocally back the Metropolitan Police both vocally and with adequate funding has allowed crime to surge in the capital since succeeding Boris Johnson as mayor nearly five years ago.

“Crime in London is at record levels, we have had two record years for homicide but we can turn it around. Part of turning it around is making sure you pick off the very things that breed a crime ridden environment. Drug dealing, county lines is part of it,” Mr Bailey said.

“The only reason this hasn’t been done is because Sadiq Khan has been poor on crime – period.

“Rape is up, attacks on the Tube are up, robberies and burglaries have gone through the roof.

“Knife crime is so ubiquitous in London people are starting to say the city is unsafe.”