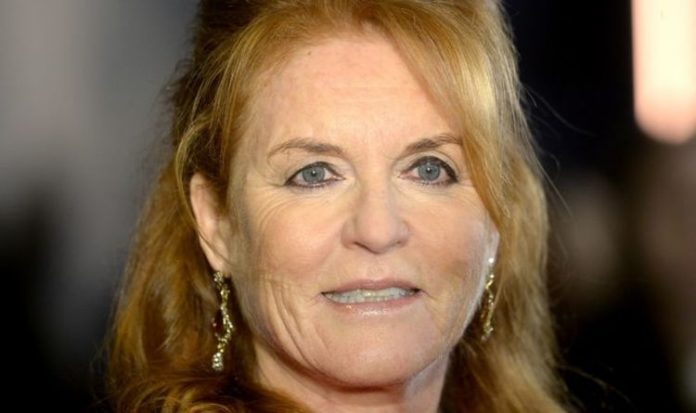 The York family are traditionally a very tight-knit bunch. Sisters Princess Beatrice and Eugenie have a special bond, while their parents, Prince Andrew and Sarah Ferguson, still live together despite having divorced more than twenty years ago. This year has been a big one for the Yorks. Princess Eugenie married Edoardo Mapelli Mozzi in July this year, while Princess Eugenie announced she and husband Jack Brooksbank were expecting their first child.

And while a few weeks ago Eugenie would have likely been looking forward to sharing key moments of her first pregnancy with her mum, such as shopping for the new addition and hosting a baby shower, new restrictions mean that will no longer be the case.

A second national lockdown has been announced in England, starting on November 5, and ending on December 2.

Even with an end date in sight, there is mounting speculation that if coronavirus cases don’t calm down over the next four weeks the lockdown period will be extended further.

And this is sure to be terrible news for the Yorks, especially Eugenie who is entering her third trimester and expecting to give birth in “early 2021”.

Eugenie and Jack currently reside in a cottage on the grounds of Kensington Palace, and unless they decide to move back in with their parents – which seems unlikely – the Princess may be forced to spend the last few months of her pregnancy alone.

Even if restrictions ease, Eugenie’s pregnancy makes her especially vulnerable to COVID-19.

Pregnant women have been categorised as “clinically vulnerable” by the Government as the country prepares to enter into its second lockdown.

Expectant mothers are being asked to “be especially careful to follow the rules and minimise your contact with others”.

Princess Eugenie has been spotted enjoying the last of the pre-lockdown days with her sister, Princess Beatrice, who is also sure to be heartbroken at the news.

A statement from Buckingham Palace confirmed Eugenie and Jack’s bundle of joy is on the way and expressed the Royal Family’s delight at the news.

The statement read: “The Duke of York and Sarah, Duchess of York, Mr and Mrs George Brooksbank, the Queen and the Duke of Edinburgh are delighted with the news.”

Princess Eugenie confirmed the arrival in early 2021, taking to Instagram to share a picture of baby boots alongside the caption: “Jack and I are so excited for early 2021!”

Speculation for the latest Royal Baby’s name has already started heating up as the due date edges closer.

Odds have the baby’s name likely to start with an ‘A’.

According to BetVictor, the name Alice is the top prediction for a baby girl, while Arthur and Henry are currently tied when it comes to boys’ names – all with 9/1 odds of being chosen.