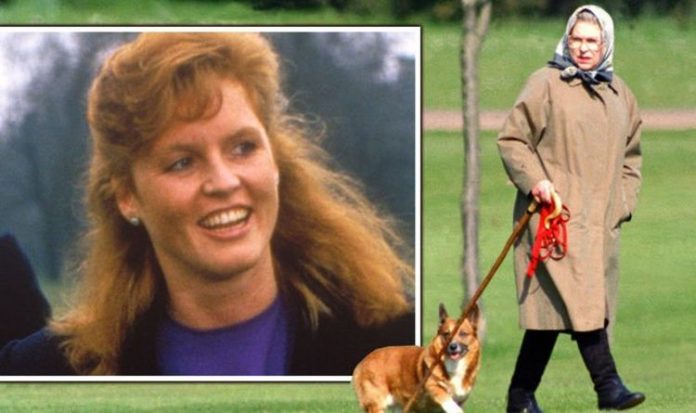 Sarah Ferguson was very nervous upon her first meeting of Prince Andrew’s family at Sandringham. Channel 5’s documentary: ‘When Sarah Ferguson Met the Monarchy,’ saw royal experts reflect on one of the Duchess of York’s first interaction with the family. Upon entering a room, Ms Ferguson, who affectionately goes by the nickname Fergie, tripped over one of the Queen’s corgis and spilt her tea across the floor.

She said: “I think for Sarah to meet the Windsors is a hugely pressurising point in her relationship with Prince Andrew.

“Here you are, you are the outsider coming in and you know that everybody’s gaze is on you.”

“This is because the Queen always believed the only way her children are ever going to get to know anyone is if they entertain them in one of the royal homes.

“Sarah Ferguson’s own mother and father had been to Sandringham for shooting weekends.

“Obviously they had told her what to do so she was not completely ignorant of how it was going to work. but she was very nervous.”

Royal expert Tom Quinn said: “Fergie was someone who really through herself into the pursuits that the Royal Family value.

“For example, she learned to drive four in hand, carriage driving.

“This was something, at the time, that Prince Philip loved and Fergie was pretty good at it.”