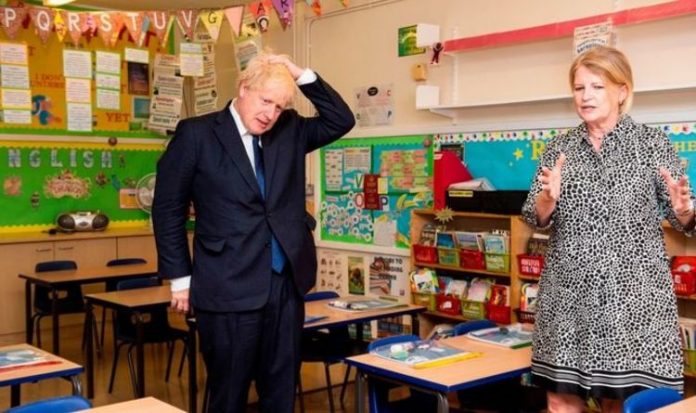 The Government is facing calls from teaching bodies to push back the reopening of schools to protect pupils and staff.

Express.co.uk conducted a poll, asking readers if all schools should remain shut to avoid another wave of COVID-19.

Just 22 people (less than one percent) said they didn’t know.

In comments, some readers expressed their anger at the Government’s decision to force schools to reopen in parts of England which have high Covid rates.

Boris Johnson has been told to keep all schools closed in a poll (Image: GETTY)

One person said: “Schools are superspreaders!

“If the teachers are that serious about it, why don’t they just go on strike for two or three weeks?”

A second reader said all schools across England should remain closed after the Christmas holidays because it is “not safe for kids or teachers” to return.

And a third said: “It’s not about making teachers work or not.

“It’s about whether it’s safe for kids to go to school, whether they should be going and then bringing infections back into homes with them.”

READ MORE: Government must be careful not to risk educational poverty with school

Schoolchildren line up to wash their hands (Image: GETTY)

Others said while they felt schools could reopen safely if everyone abided by social distancing rules, they feared the rulebreakers would have a heavy impact on others.

They said: “Most people are sensible but unfortunately you have the ones that won’t listen and a virus loves those.”

Others argued that schools outside the capital should be allowed to reopen as scheduled on Monday.

One person wrote: “No, keep them open as there is no evidence whatsoever that shows children are spreading this disease.”

Schools in London will remain closed after the Christmas break (Image: GETTY)

Another said if other key workers had to put themselves at risk of catching Covid, teachers should also.

They said: “No, the schools should not close down! The unions make me sick!

“They all have to go to work and provide these services,

“The Schools need to operate like everywhere else. If they close the schools stop their pay and make the unions pay.”

On Saturday the Association of School and College Leaders (ASCL) joined calls to delay the reopening of schools, calling for face-to-face teaching to be restricted to only vulnerable children and those of key workers until at least January 18.

Their intervention came after the National Education Union (NEU), which represents the majority of teachers, called for all English primary schools to move online and advised its members it is not safe to return to classrooms on Monday.

In a statement, the union said: “This is a step we take with huge reluctance. But this Government is failing to protect children, their families and our communities.

The PM has been urged in a poll to keep all schools in England shut (Image: GETTY)

“And it is failing in its duty of care to education staff who have worked tirelessly to look after children during this pandemic.”

The union said that while children may not become ill with Covid-19, they can still spread it to others.

The statement continued: “If the Government does not act to follow the science, we must.” 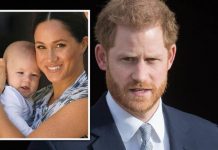