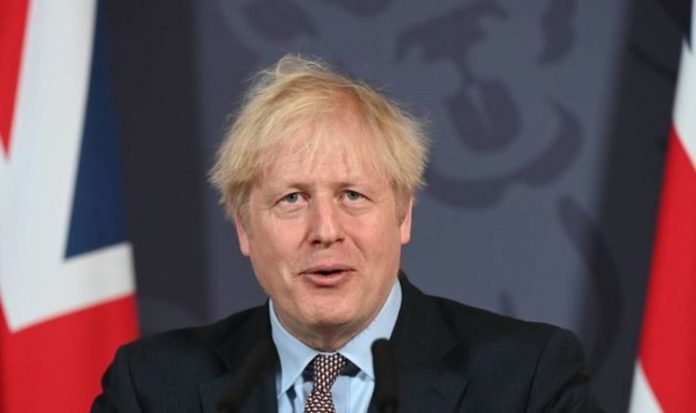 School leaders have also warned that teachers and pupils may be put at risk if secondaries reopen, as planned, while a new ultra-transmissible strain of Covid-19 is driving a rise in hospital admissions. But Downing Street insisted that its plan for a “staggered” reopening of schools throughout January remains in place. Earlier this month, the Government said exam-year students would go back to school as normal after the Christmas holidays, but the majority of secondary school pupils would start the term online to allow headteachers to roll out mass testing of children and staff.

But experts have suggested any reopening may have to be delayed.

Professor Andrew Hayward, a member of both the Government’s New and Emerging Respiratory Virus Threats Advisory Group (Nervtag) and the Scientific Advisory Group for Emergencies (Sage) suggested that allowing pupils to return to schools would mean stricter restrictions in other areas of society.

He told BBC Radio 4’s Today programme: “We’ve had control measures that were previously controlling the old variant are not enough for this variant.

“And so if we want to control the new variant we are going to need much tighter restrictions.”

Prof Hayward said he thinks schools will have to return “maybe a little bit later” but that it would mean “we’re going to have to have increased, strict restrictions in other areas of society to pay for that”.

Fellow Sage member Dr Mike Tildesley told Times Radio that something is needed to bring the R number – reported last week to be between 1.1 and 1.3 – down to below 1.0, meaning the virus will no longer be growing.

He said: “What looks like is going to happen is possibly a slight delay to the start of term, and then ramping up mass testing to ensure that we rapidly detect cases – not just people showing symptoms but also asymptomatic cases so we can rapidly isolate children.”

Downing Street said the Government is “still planning for a staggered opening of schools” after Christmas, but is keeping the plan under constant review.