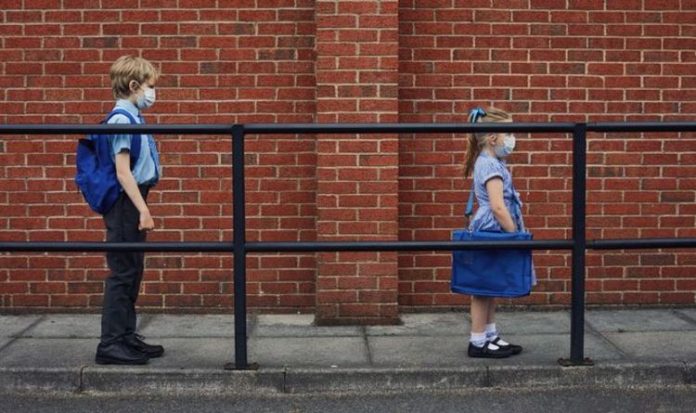 Schools are currently still open across the country for children from vulnerable families, but the return of other pupils is different throughout the four nations of the UK. Asked whether school terms could be extended into the summer holidays, Prime Minister Boris Johnson declined to rule out such a move.

“In the week of 22 February we will be setting out much more about what we’re going to do to help pupils catch up, to help kids catch up for the learning that they’ve lost,” he said.

“As I said last week, this is the single biggest priority now for the government.

“We can do things at great pace to try and remedy the gaps in provision for healthcare, the loss of healthcare that people have suffered, we can speed up court cases.

“But we’ve got to work flat out now as a country, as a society, to remedy the loss of learning that kids have had.”

The Northern Ireland Executive has agreed that most pupils will not be back in classrooms until March 8, at the earliest.

Documents from the National Education Union have said class sizes should be capped at 15 with children attending on a “rota” basis when schools do return.

The NEU said: “Additional teaching staff and support staff should be employed, including from recently retired professionals, to support the greatly increased workload involved in teaching some students in school and others remotely.”

The Minister for Education announced on February 5 that schools will begin a phased return from February 22.

Children in the foundation phase of primary school – those aged three to seven – will be able to return after the half-term break.

It follows a fall in the number of infections across the country, with Wales currently having the lowest infection rate of all the UK nations.