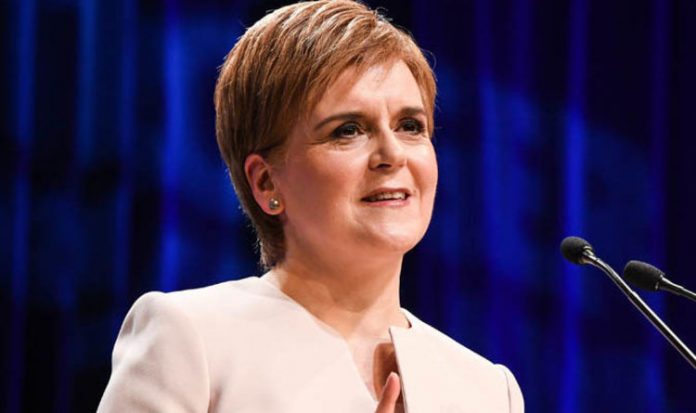 The Scottish Government will expand its current Atlantic Quay premises in Glasgow to four more floors of a nearby building as it handles a raft of tax and welfare responsibilities and post-Brexit powers.

The multi-million pound move comes amid a boom in government workers with directly employed and casual staff increasing by 630 alone last year.

Officials confirmed the new space was needed to prepare for the new devolved social security system, further devolution, and preparations for leaving the EU.

News of the move follows a long-running row between the UK and Scottish Governments over the distribution of responsibilities repatriated from Brussels.

Speaking in the Commons Scottish Secretary David Mundell rejected SNP accusations that he had shown “disrespect for devolution”.

Highligting the office move he said the Scottish Government was “embracing additional responsibilities”.

A UK Government source later added: “There is no ‘power grab,’ it is just an SNP invention.

“And now the Scottish Government have taken over a new office block to house the extra civil servants they need.

Civil servants were told earlier this month work was starting on the new accomodation at 4 Atlantic Quay and would be ready in November.

This and the existing office at 5 Atlantic Quay will provide space for more than 1,400 workers in a six-year deal.

The government is spending £3.5 million on fitting out the new premises with running costs expected to hit up to £1 million a year over the contract.

It retains its official headquarters, St Andrew’s House in Edinburgh and other offices at Victoria Quay in Leith.

Scottish Tory chief whip Maurice Golden said: “If the SNP was telling the truth about a power grab, surely civil servant office space would be reducing.

“Of course, the nationalists are spinning a lie, which is proved by the fact they are expanding office space for civil servants.”

A Scottish Government spokesman said: “We are increasing our operating base in central Glasgow by investing in new offices at 4 Atlantic Quay in the Broomielaw area.

“This is in response to the need for an increased workforce in Glasgow as the organisation delivers existing priorities while embracing additional responsibilities.”