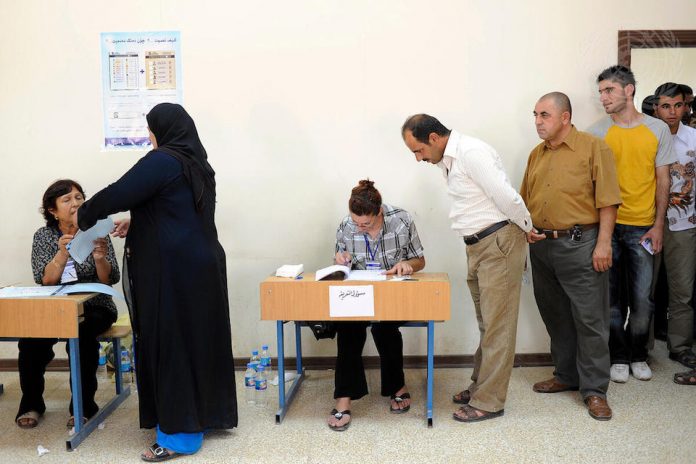 Thank you, Madam President, and thank you to SRSG Hennis-Plasschaert for her briefing and for highlighting the significant challenges currently facing Iraq.

Indeed, Iraq faces a severe economic crisis and economic reform will be critical to ensuring Iraq’s future peace and prosperity and to allowing Iraq to build back stronger from the COVID-19 pandemic. And we took note of the steps described by the SRSG and we underline the need for fast action from the Council of Representatives to ensure that economic reform delivers for the Iraqi people.

The international community stands alongside Iraq during these difficult times. At Iraq’s invitation, the UK hosted the inaugural meeting of the Iraq Economic Contact Group in London earlier this year to deepen support for vital economic reform. And we welcome the fact that the follow-up meeting is going to be taken forward by the EU and Germany.

We also think that regional economic integration is key to economic development and stability. And so we welcome Iraq’s commitment to deepen trilateral coordination and cooperation with both Egypt and Jordan.

The UK remains supportive of Prime Minister Khadimi and welcomes his commitment to holding free and fair elections in 2021 with the support of UNAMI. And I think we should consider carefully how the UN can support the Government of Iraq’s intention to hold credible elections in order to rebuild public trust and democracy and to promote participation.

Madam President, the UK is encouraged by improvements in the relationship between the Government of Iraq and the Kurdistan Regional Government, including the agreement for the Sinjar district in Nineveh. This agreement offers the prospect of return for thousands of Yazidis. It is vital that all armed groups cooperate with its implementation and that both the Government of Iraq and the Kurdistan region of Iraq help to restore services and economic livelihoods.

We welcome SRSG Hennis-Plasschaert’s facilitation of dialogue on the Sinjar agreement, and encourage continued UN support to help normalise the situation there. We urge Baghdad and Erbil to agree a long-term solution on resources and revenue sharing.

Madam President, we remain concerned about the security situation in Iraq. It is clear that Daesh continues to pose a threat to the peace and security of Iraq. The UK, like other members of the Global Coalition, is committed to supporting Iraq and addressing that threat.

We also underline the need for dialogue and cooperation between Iraq and Turkey to combat terrorism and ensure regional security and to protect civilians.

It is unacceptable that militia attacks continue in Iraq, including in Baghdad and in Erbil. These have claimed Iraqi and international lives for too long and continue to be a risk to Iraqis and diplomatic and military personnel. We acknowledge the efforts of Prime Minister Khadimi to strengthen security measures so that Iraqi citizens and foreign personnel can live and work safely, but we urge the Iraqi government to continue to make progress in this area.

We believe this Council is united in our concern over the number of killings of civil society and of political and human rights activists, and we call on the Government of Iraq to do all it can to prevent these killings and to bring those who perpetrate them to justice.

And finally, we commend Prime Minister Khadimi’s commitment to compensate the families of the victims of violence against protesters. However, justice for victims is critical. We call on the Government of Iraq to ensure credible investigations into the violence and to ensure that those who are responsible are held to account.

Madam President, we’ve touched on this today in the SRSG’s comments, but the Iraqi Government’s commitments to resolve the file on Kuwait and third country nationals pursuant to Security Council resolution 2107 is to be commended. And we note the repatriation of human remains from the Government of Iraq to the Government of Kuwait, which took place on the 16th of September. We welcome the continued bilateral Iraqi-Kuwaiti dialogue and cooperation, and we are grateful to Council members for their cooperation on the press statement that will issue on this today.

Madam President, I believe this Council is united in hoping to see Iraq’s political leaders, with the support of UNAMI, take forward significant reforms to address Iraq’s challenging economic and security situation; to deliver credible and transparent elections in 2021; and ultimately to secure stability and prosperity for the people of Iraq.