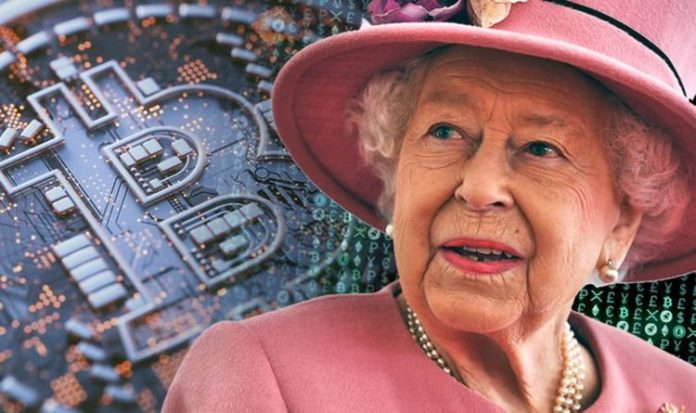 Recently, her Majesty was sent a new edition of the Journal of the British Blockchain Association. The journal has been called “the world’s first peer-reviewed, scientific blockchain journal”. The monarch was able to read content such as “Gender Change Information, Blockchain, and GDPR” and “Prefigurative Post-politics and Government Led Blockchain Projects”.

The delighted royal sent a letter back to the chair of the organisation, Doctor Naseem Naqvi, to thank him for sending the journal.

The 94-year-old royal was able to read the open-access blockchain publication research journal in both print and online.

Her Majesty’s letter, addressed to Doctor Naqvi stated: “Dear Doctor Naqvi, I have been asked to thank you for sending a copy of the sixth edition of the Journal of the British Blockchain Association.

“Her Majesty was interested to learn that the publication is the first open-access blockchain research journal available both in print and online.

“The Queen much appreciated your thoughtful gesture.

“In return, she has asked me to send her warm wishes to all concerned.”

The British Blockchain Association has been called “the world’s most influential voice on Blockchain.

Speaking to Computer World magazine, Karim Lakhani, a principal investigator of the Crowd Innovation Lab and NASA Tournament Lab at the Harvard Institute for Quantitative Social Science said: “Conceptionally, this is TCP/IP applied to the world of business and transactions.”

“Now, we know that TCP/IP allows us all this modern functionality that we take for granted on the web.”

TCP/IP is the coding protocol that allows the internet to operate.