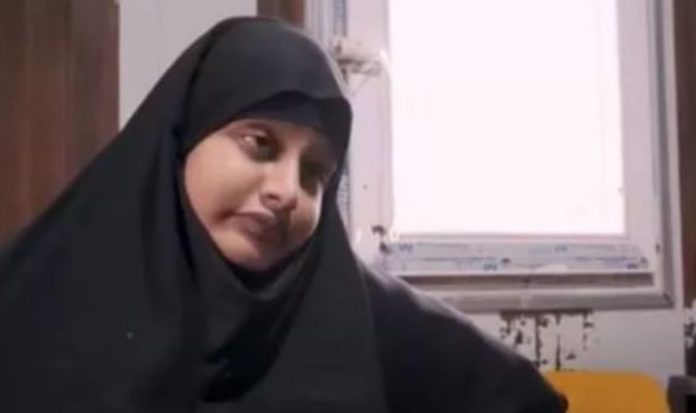 In a letter to Foreign Secretary Dominic Raab and Home Secretary Priti Patel, MPs warned refusing to repatriate the ISIS bride could backfire on the UK. Ahead of today’s Supreme Court hearing on her repatriation, four Tory MPs claimed the UK justice system is the best way to deal with Begum and other ISIS brides healed in Syria. If Begum and other British nationals held abroad are not returned to the UK, it could leave the extremists in an ungoverned space, the MPs claimed.

In the letter, MPs Andrew Mitchell, David Davis, Tom Tugendhat and Tobias Ellwood, insisted inaction over their cases would not reflect well on the UK’s reputation.

The ISIS brides are housed in camps in north-east Syria, which are operated by allied forces.

The US has repatriated 28 Americans from these camps to be tried and had offered support to the UK, the MPs claim.

Writing in The Daily Telegraph, the four MPs said: “If they are judged to be a risk, then all the more reason why they should be returned to Britain where they can be processed by the British criminal justice system.

“There are a host of potentially applicable offences on the statute book, such as ‘preparation of terrorist acts’ under Section 5 of the Terrorism Act 2006, which can carry a life sentence.

“The Director of Public Prosecutions has made crystal clear Britons returning from Syria can be prosecuted, saying he expects this to happen ‘in the vast majority of cases.’

“Any returning prisoner who committed crimes in Syria will face British justice.

“Our justice system is also best placed to deal with the deep complexities of these cases.

The Home Office made the decision on the grounds she could still pose a threat to UK security if she returned.

Begum, now 21, challenged the decision in the Court of Appeal last year after a tribunal had found the removal of her citizenship had been lawful.

The tribunal came to the decision as they stated Begum was also a citizen of Bangladesh by descent.

International law states it is only legal to revoke citizenship if an individual is entitled to citizenship from another country.

In the Court of Appeal, Lord Justice Flaux ruled she could return to the UK to challenge the decision as she had not been given a fair chance from her Syrian refugee camp.

He also claimed the security concerns surrounding her return could be addressed and managed if she returned to the UK.

The Home Office in response, challenged the decision in November, once again referencing security claims.