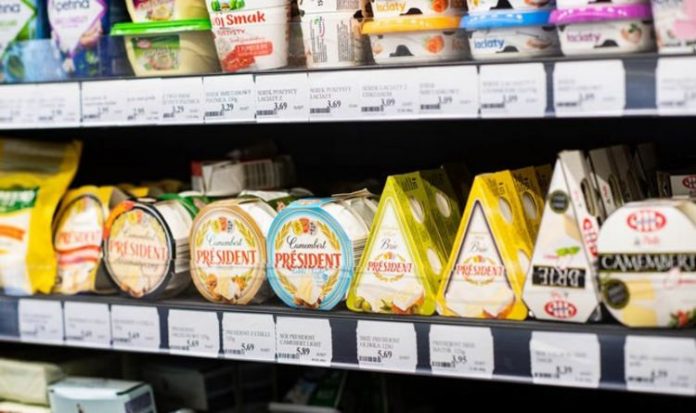 Chairman John Allan said import taxes could push up the price of brie by as much as 40 per cent meaning costs may “change the mix of what people eat”. He said average food bills could climb by five per cent in the event of a no-deal Brexit, with some EU products increasing “vastly more on some selected items”. He also warned consumers could face some disruption to supplies while the industry adjusts to the new situation next year.

Mr Allen said the grocer had been stockpiling some “longer life” food as it prepares for potential shortages but there could be delays in stocking shelves with “short-life fresh foods”.

He said: “We are trying to ensure that we have stockpiled as much as we can of long-life products either in our own warehouses or with our suppliers.”

Under World Trade Organisation rules, supermarkets and other importers would have to pay substantial tariffs on many foods they bring in from the EU – particularly meat and dairy products although fruit and vegetables could be affected.

As an extreme case, the London School of Economics estimates that some speciality cheeses such as halloumi and roquefort could be 55 per cent more expensive.

However, some imported food is likely to become cheaper in the future as the UK secures trade deals with countries outside the EU.