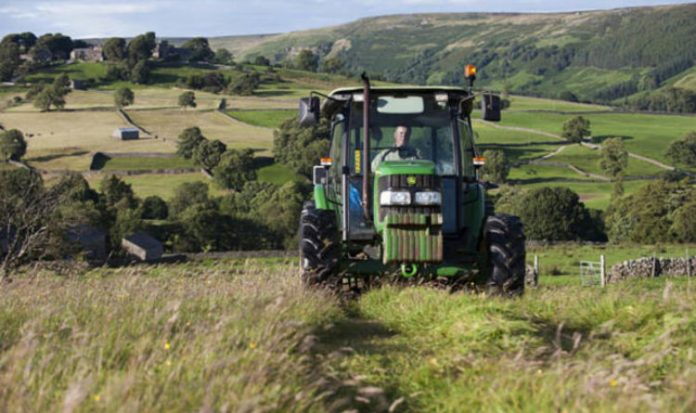 They confidently predicted Brexit would leave households with more money as free trade deals forced the Consumer Price Index measure of inflation, which jumped to 2.5 per cent in July, to plunge.

And in a further boost Environment Secretary Michael Gove said leaving the EU’s Common Agricultural Policy, which pays farmers for how much land they have rather than what they do with it, would spark a revival in UK agriculture and food production.

Today he will unveil his Agriculture Bill promising to handsomely pay farmers for better air and water quality, improved soil, higher animal welfare standards and access to the countryside after we leave the bloc.

Professor Patrick Minford, chairman of Economists For Free Trade, said: “Brexit will reduce CPI by eight per cent in the long term as food and manufactured prices come down as we introduce free trade with the world outside the EU.

“The poorest households will gain 15 per cent from lower prices and the end of mass immigration pushing up unskilled wages and improving local public services.

“In the short run tariffs and other barriers can be eliminated on things we do not produce, pushing food and other basic prices down at once.”

Brexiteers have long argued that one of the key advantages of striking tree trade deals with the rest of the world would be much cheaper food.

According to the Policy Exchange think tank, EU agricultural tariffs average 8.5 per cent, with the cost of food even higher once the CAP is taken into account.

In some sectors, tariffs are at eyewatering levels with dairy products slapped with a 33.5 per cent mark-up, sugar 20.2 per cent, animal products 15 per cent and processed chicken 88 per cent.

They exist to protect EU industries and are not aligned to UK interests, so consumers are penalised with higher bills at the checkout.

Free trade will also help poorer countries prosper faster with those in Africa, the Caribbean and Pacific suffering the most from EU protectionism.

Figures show Africa made £1.8billion from exporting coffee but Germany made £2.9billion, despite the fact it does not grow any.

This is because the EU levies tariffs on coffee which is imported, processed and reexported but not on the raw product – so primary producers in poor nations get minimal profit.

Tim Martin, founder of JD Wetherspoon, which sources British-only products, said leaving with no deal would lead to cheaper goods because tariffs on food outside the bloc would no longer apply.

He said: “The EU is a protectionist organisation that allows free trade to the seven per cent of the world within its borders but charges high food tariffs to the 93 per cent that isn’t.”

And Tory MP Marcus Fysh said: “Having spoken to Japan, Australia, Canada, Singapore, the US, Mexico and others, they are keen to have the UK’s voice back in the global trade institutions.”

Under Mr Gove’s Agriculture Bill, our farmers will be paid for raising standards and making the most of their land, ensuring they can continue to grow, sell and export more home-produced food after we leave the EU.

The new system will replace the current subsidy structure of Direct Payments, under which the top 10 per cent of recipients get almost 50 per cent of cash.

Mr Gove said: “After nearly 50 years of being tied to burdensome and outdated EU rules we have an opportunity to deliver a Green Brexit.

“This Bill will allow us to reward farmers who protect our environment, leaving the countryside in a cleaner, greener and healthier state for future generations.”